Anand Sharma, on this day, said that India's decision to stay away from the Regional Comprehensive Economic Partnership (RCEP) was a "backward leap".
FPJ Web Desk 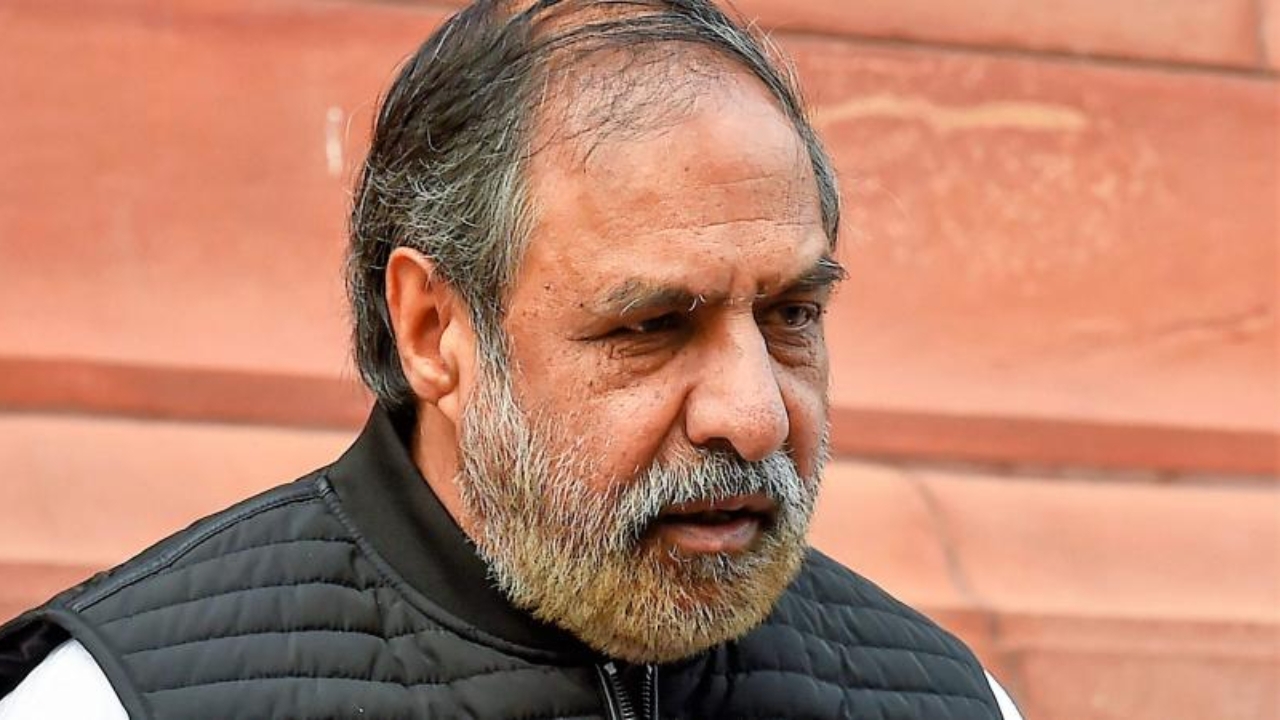 The rumoured 'dissent' within the ranks of India's grand old party, Congress, is appearing to become more and more public with each passing day. Even amid blame-games and differences of opinions among the higher-ups, senior Congress leader Anand Sharma on Tuesday called into question India's stance regarding RCEP, the recent key trade deal in the Asia-Pacific, thereby deviating from his party's official stance over the issue.

Anand Sharma, on this day, said that India's decision to stay away from the Regional Comprehensive Economic Partnership (RCEP), the world's biggest free-trade deal led by China, was a "backward leap".

What did Anand Sharma say?

In a two-part tweet from his official handle on the social networking website, Anand Sharma wrote, "India's decision of not joining Regional Comprehensive Economic Partnership (RCEP) is unfortunate and ill advised. It is in India's strategic and economic interests to be a part of the process of Asia- Pacific integration."

He added, "Withdrawal has negated years of persuasive negotiations for India to be accepted as part of RCEP. We could have negotiated safeguards to protect our interests. Keeping out of the RCEP is a backward leap."

Withdrawal has negated years of persuasive negotiations for India to be accepted as part of RCEP. We could have negotiated safeguards to protect our interests. Keeping out of the RCEP is a backward leap.

What is the RCEP?

The RCEP negotiations were launched by leaders from 10 ASEAN member states and six ASEAN FTA partners during the 21st ASEAN Summit in Phnom Penh in November 2012.

The objective of launching RCEP negotiations was to achieve a modern, comprehensive, high-quality, and mutually beneficial economic partnership agreement among the ASEAN member States and ASEAN's FTA partners.

Congress' official stance on the issue

It is to be noted that Congress was one of the first detractors of the RCEP, which is reportedly being seen as a "huge coup by China" to expand the country's influence in the Asia-Pacific.

The party had said that India joining the deal would be "bartering the interests of farmers, dairy producers, fishermen, small and medium businesses at the altar of political expediency."

A section of domestic industries had also raised serious concerns over the RCEP deal over tariff related issues.

With India deciding not to join the RCEP, the Congress also had, in the first week of November, claimed victory saying its forceful opposition ensured that the BJP government backs out from the deal.

Congress chief spokesperson Randeep Surjewala said it is a win for all those protecting national interests.

He had alleged that the BJP government "had gone overboard" in its zeal to sign RCEP.

On the other hand, the statements made today by Anand Sharma seem to be a deviation from Congress' aforementioned official stance regarding the trade deal.

Why had the Narendra Modi government decided against joining the RCEP?

The External Affairs Ministry said India decided not to join RCEP because of unresolved issues and believes that under current circumstances, it would not be proper to join the RCEP.

This is also not the first time that Sharma has raised issues with the inner workings of the grand old party. Back in August, he was one of the 23 Congress leaders who wrote a letter to party president Sonia Gandhi seeking urgent organisational overhaul "in the best interest of the nation and the party."

The signatories of the letter, which also included veteran leader Kapil Sibal, had conveyed "shared concerns" over the conditions of the party and sought sweeping organisational changes — including having a "full time, active and visible" leadership, devolution of powers to state units and revamping the Congress Working Committee (CWC) in line with the party constitution.

Sharma had also hit out against those who attacked him, saying "it was sad to see those who betrayed Indira Gandhi and Sanjay Gandhi, and abused her, are today giving sermons".

All of this comes amid a very public turmoil within the ranks of Congress, wherein a few senior leaders including Sibal and Karti Chidambaram called for introspection after the party's poor show in Bihar.

"First of all, we Congressmen must recognise that we are in decline.... The Congress needs to discover itself," Sibal had said in an interview, triggering condemnations from other veteran leaders like Ashok Gehlot, Tariq Anwar, and Salman Khurshid who, among other things, said that the detractors within Congress' were "doubting Thomases" who suffer from periodic "pangs of anxiety".