Congress for scaling up MGNREGA 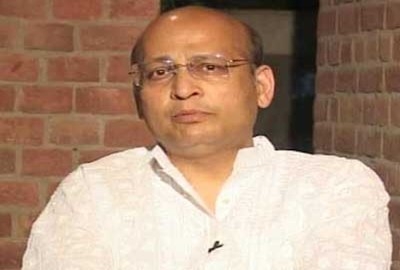 New Delhi: The Congress on Monday demanded the Mahatma Gandhi Rural Employment Guarantee Act be scaled up and made open-ended to meet the massive increase in demand from the migrant workers returning to villages in the wake of coronavirus.

Its senior spokesman Abhishek Manu Singhvi told a digital presser it is the same MGNREGA that was dubbed by PM Modi as the “living monument of the Congress failure” but which has turned out to be the closest panacea in the time of the COVID distress. He said even Modi will have to admit that MGNREGA has proved to be the most effective weapon to help the poor hit by the coronavirus.

He also ridiculed the BJP for spending Rs110-150 crore on installing large TV screens and providing mobiles to the party workers across Bihar for the virtual poll campaign by Home Minister Amit Shah. He said money could have been used to spend on reducing the impact of the lockout on the migrant workers and others.

Meanwhile, Congress President Sonia Gandhi in an opinionj piece said the MGNREGA, 2005 is a shining example of a radical and rational systemic change. It is radical because it transferred power to the poorest of the poor and enabled them to escape hunger and deprivation. It is rational because it puts money directly in the hands of those who need it most. It has proved its worth in the years it has been in existence, even enduring 6 years of a hostile govt.