In a tweet, the Congress regretted that all of BJP's energy is spent helping themselves

New Delhi: Taking a dig at Prime Minister Narendra Modi, the Congress on Thursday said, “PM Modi's funda is when you can't help them distract them."

It said what India needs today is Covid-19 vaccines, but they are out of stock and so what India gets is ‘fakery, forgery & tokenism’.

In a tweet, the Congress regretted that all of BJP's energy is spent helping themselves. “Why cares about the people.” The tweet reads: "What India needs: Healthcare infrastructure. What India gets: Headline management."

“BJP's ‘mission mode’ gets turned on only during election time. Rest of the time, their apathy & lethargy is for the citizens to endure,” the tweet said.

ARE THESE GOOD DAYS, ASKS RAHUL

Former Congress President Rahul Gandhi on Thursday showed contradiction in the priorities of the Central Government and the people, wondering what kind of good days have been ushered in.

In another tweet, he also remembered great grandfather's wise words: "Evil unchecked grows, evil tolerated poisons the whole system." He said he was remembering the wise words of Pandit Jawaharlal Nehru on his death anniversary on May 27.

Why is India facing shortage? Priyanka

Why is India, one of the largest manufacturers of vaccines in the world, facing a scarcity today?, asked Congress General Secretary Priyanka Gandhi Vadra on Thursday, hitting out at the Centre for its management of the COVID-19 vaccination process.

In a video captioned 'The Government of India owes the people of India answers,' she asked why the government had placed its first vaccine order only in January this year.

"Why is India, one of the largest manufacturers of vaccines in the world facing a scarcity today? Why was the first order or vaccines by the government of India placed in January 2021 when other countries began placing their orders in the summer of 2020?" She further asked, "Why did our government export six crore vaccines between January and March 2021 while vaccinating only 3.5 crore Indians during the same period of time. The government of India owes the people of India answers. We have to ask them questions and they have to answer us." The Congress leader had criticised the Centre earlier as well for the country's dearth of COVID-19 vaccines.

Read Also
Save Lakshadweep from its administrator: Rahul to PM Modi 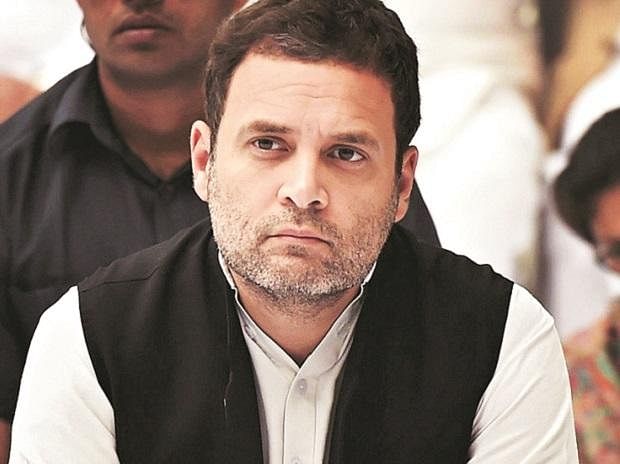