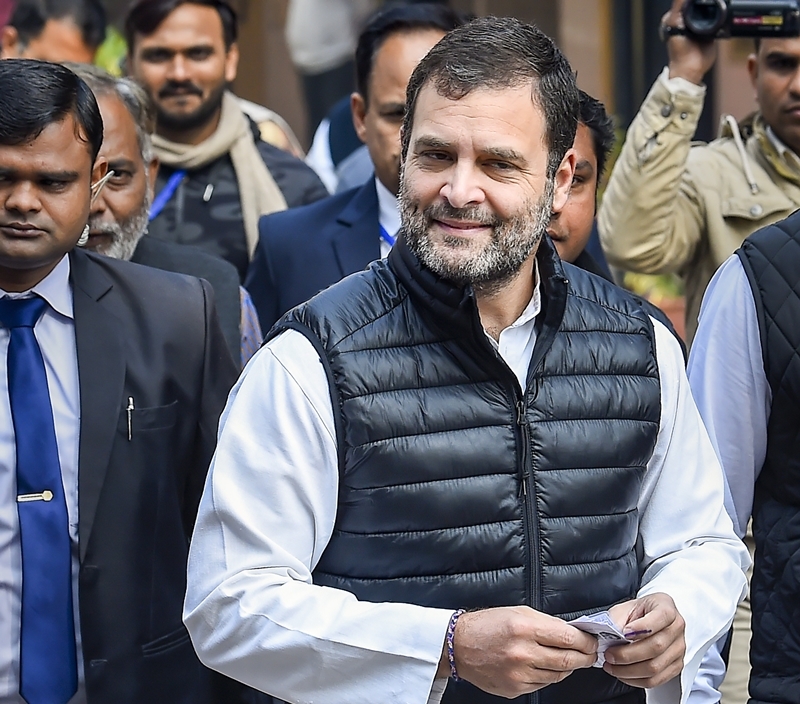 New Delhi: Congress is launching a 'Kisan Yatra' from Punjab against the recent farm laws. It will begin from Punjab's Sangrur this week and will end in Delhi covering various districts of Punjab and Haryana.

The party has planned massive protests against these laws from September 24 to November 14. Former Congress chief and Lok Sabha MP Rahul Gandhi has been given a detailed program to finalise his presence.

According to sources, Rahul will address a public meeting in Sangrur and after that Yatra will proceed to Patiala in a roadshow. The program is scheduled for October 2 but it could be postponed to October 3. Harish Rawat, All India Congress Committee (AICC) in-charge of Punjab, is camping in Chandigarh for program preparations. On Wednesday, Haryana leaders held a meeting along with Vivek Bansal, Haryana AICC in-charge in Delhi who also chaired the meeting, as per Haryana Congress President Kumari Selja. She also said that Rahul will visit Punjab and Haryana in the next two-three days.

Congress has announced to fight at every level for the farmers' rights and party's interim president Sonia Gandhi has also instructed the Congress-ruled states not to implement these "black" laws of the Central Government.

According to sources close to Rahul, the aim of the program is to highlight the Congress' stand against these laws and to showcase "anti-farmers" face of the Modi government.

The Parliament has recently passed the Farmers' (Empowerment and Protection) Agreement of Price Assurance and Farm Services Bill, 2020, Farmers' Produce Trade and Commerce (Promotion and Facilitation) Bill, 2020 and The Essential Commodities (Amendment) Bill 2020 which got President Ram Nath Kovind's assent and came into effect from September 27. Agri Bills: Rahul Gandhi interacts with farmers, not on the streets but on Zoom