HomeIndiaCM Yogi's open challenge to eve teasers, robbers: UP police will catch you before you reach the next crossroad

CM Yogi's open challenge to eve teasers, robbers: UP police will catch you before you reach the next crossroad

Challenging the criminals such as eve teasers or robbers, Uttar Pradesh chief minister Yogi Aadityanath said that, unlike in old times, criminals will be caught by police before they reach the next crossroad.

Yogi said that when someone will indulge in crimes such as eve teasing or robbery, the CCTV will catch the visuals and the person will be caught before reaching the next crossroad.

He also said that his government would once again make Kanpur the Manchester of Uttar Pradesh.

"Once upon a time, Kanpur used to be known as the Manchester of UP. But between 1970 and 1980, Kanpur grabbed eyeballs for all the wrong reasons and became the epicentre of anarchy," he said.

Adityanath added that Kanpur used to be polluted once but under the current BJP government, things have changed for the better.

"Our government's primary goal is the protection of River Ganga. Kanpur is considered a critical point of the 'Namami Gange' (project)," he said.

He also reminded the audience that Kanpur got a dedicated Metro railway service under the BJP government. It is also the centre for one of the country's defence corridors, the CM said, adding, "We will make Kanpur the Manchester of UP once again." On November 6, the Kanpur district administration, in association with civil society representatives, organised a half marathon.

The purpose of the 10-km marathon was to connect and create awareness among the common people about keeping Kanpur healthy and Ganga clean.

It saw participation by a large number of people. The half marathon kicked off from the Sarasaiah Ghat in Kanpur and culminated at the Company Bagh intersection. 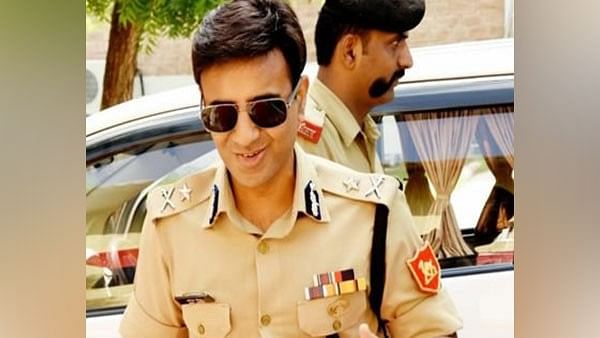