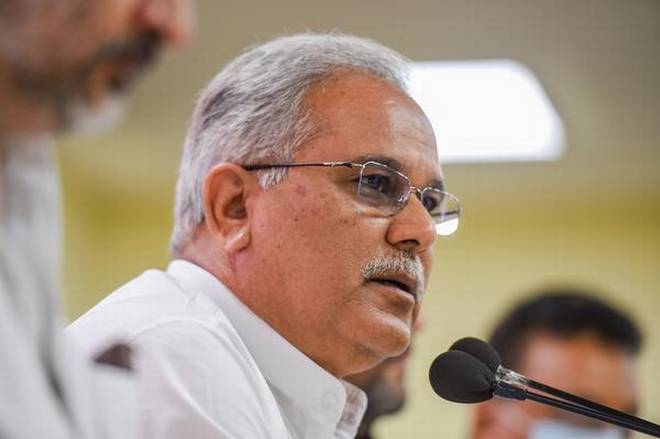 Chhattisgarh CM Bhupesh Baghel on Wednesday criticized the nationalist organization Rashtriya Swayamsevak Sangh (RSS) and made remarks against the RSS chief Mohan Bhagwat. While slamming the RRS chief, Baghel said the RSS workers are controlled from Nagpur the same way the Maoists in Chhattisgarh are being controlled by their senior cadres in Andhra Pradesh and Telangana.

“The way Naxals here are controlled by their leaders from Andhra Pradesh/Telangana, in the same way, RSS people here are guided from Nagpur,” ANI quoted Baghel as saying.

“Even now, they are not heard as everything is being controlled from Nagpur. Like the Maoist leaders are in Andhra Pradesh, Telangana, and other states and their cadres (in Chhattisgarh) do the job of firing bullets and getting hit,” he said.

The Chattisgarh CM also hit out at freedom fighter Veer Savarkar and said that Savarkar worked on Britishers' agenda of 'divide and rule' after coming out of jail in 1925 and he was the first to come up with the "two-nation theory". Baghel reacted to the comment by Defence minister Rajnath Singh in which he had claimed that it was Mahatma Gandhi who had asked the RSS ideologue to write mercy petitions to the British.

Hitting back at Baghel, the BJP described his statement as “language of extremists”, and said that Congress has deviated from the ideology of Mahatma Gandhi.

He was replying to a query on Defence Minister Rajnath Singh's remark on Tuesday that it was on Mahatma Gandhi's request that Savarkar wrote mercy petitions to the British.

The Congress CM accused Savarkar of colluding with the British to further their 'divide and rule policy'.