Following the Union Education Minister's announcement regarding the dates of the JEE Mains entrance, several students on Twitter, have expressed their anxiety and urged the government to declare the status of NEET-UG exam.

Indian Institute of Technology (IIT) Kharagpur, has issued a notification about the list of documents required for Joint Entrance Examination (JEE) Advanced 2021. Students can visit the official site- jeeadv.ac.in to check the details.

A new date for the exam will be announced in due course, IIT KGP said in an official statement.

NEET PG 2021 was earlier scheduled for April 18, 2021. However, it has been postponed for at least 4 months from the earlier exam dates. The Federation of Resident Doctors Association recently wrote a letter to the Union Health Secretary requesting that the process of conducting the exams be expedited.

As Dharmendra Pradhan was inducted as India's new Education Minister, many students took to Twitter to urge the new minister to provide clarity with regard to the dates for the NEET UG exam as soon as possible.

While the dates of the Joint Entrance Exams (JEE Mains) 2021 were announced earlier this week by then Union Education Minister Ramesh Pokhriyal 'Nishank', the exam schedule for NEET was kept in abeyance.

NEET UG 2021 is slated to be held on August 1, however, the application forms for the exam are yet to be released.

Delhi University's acting vice-chancellor PC Joshi submitted a report to the Education Ministry on the implementation of the CUCET exam this year.

The ministry has to take a call on whether it has to implement it or not and it will depend on the assessment of the COVID situation, he told PTI

He further added that if CUCET will be held, it will be considered for admissions. “If it is held we will take it as merit. If CUCET does not happen this year like the board exams, we will take the board exam evaluation. The various boards will definitely choose some mature method of evaluation. On the basis of those, we will prepare our merit list accordingly," he said.

The date for the West Bengal joint entrance exam (WBJEE) has been announced—it will be held on 17 July 2021. The admit cards are expected to be released between July 12 to 17.

The BITSAT 2021 online examination that was scheduled from June 24 to June 29, 2021, has been postponed. The test will likely be conducted during July-August 2021. The registration date for the test was extended till July 7, 2021.

Andhra Pradesh government will conduct Engineering, Agriculture and Pharmacy Common Entrance Test (AP EAMCET) from August 19 to August 25, 2021. The application process began from June 26, 2021 and will end on July 25, 2021.

The Telangana State Council of Higher Education (TSCHE) has released a timetable for the Engineering, Agricultural and Medical Common Entrance Test (EAMCET).

The registration deadline has been extended to July 8 without late fee. The application correction window has been opened and students can correct applications till July 9.

Symbiosis Entrance Test (SET) will be conducted between 10-Jul-2021 to 13-Jul-2021 in an internet-based test mode. The SET General 2021 registration date has been extended till June 28. The admit cards for the exam have been released on the official website - set-test.org.

Goa Common Entrance Test 2021 (GCET) which was scheduled to be held in mid-June will now be conducted on 27-Jul-2021 and 28-Jul-2021. The application form has been released on the education department's official website - goacet.in. Directorate of Technical Education (DTE) Goa concluded the GCET registration process on June 30th.

NCHM JEE(National Council of Hotel Management and Catering Technology Joint Entrance Examination) which was earlier slated to be held on June 12 has been postponed due to COVID-19. The revised date will be announced soon. The application form submission was extended till July 5th 2021. The application form correction window has been extended and students make corrections from July 7 to July 11.

The National Aptitude Test in Architecture(NATA) Test 1 exam has already been conducted. The date for Test 2 has been postponed to July 11. The registration for the same began on 5 March 2021 and the last date has been extended to 2nd July. The admit card will be released on July 7.

The Council of Architecture (COA) has initiated the National Aptitude Test in Architecture (NATA) application correction window at nata.in for Phase 2. 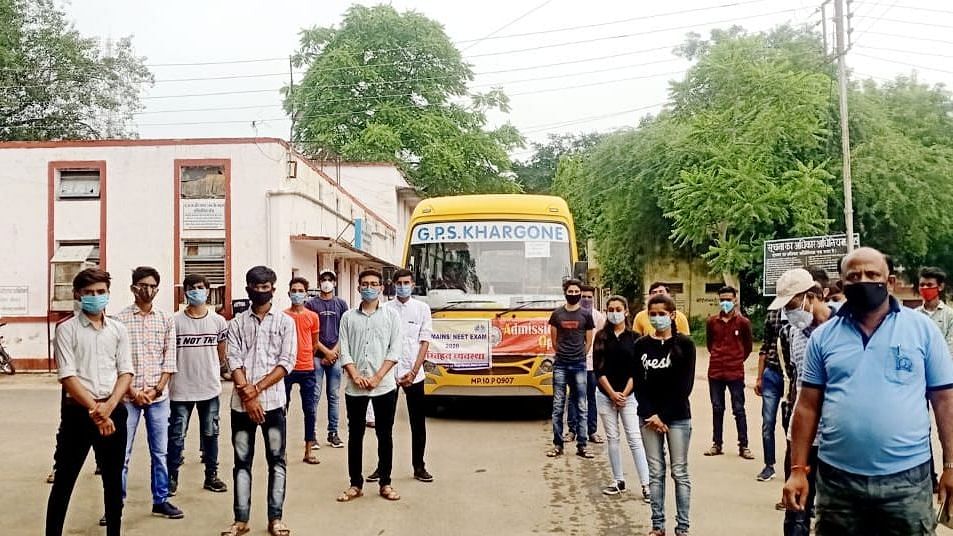