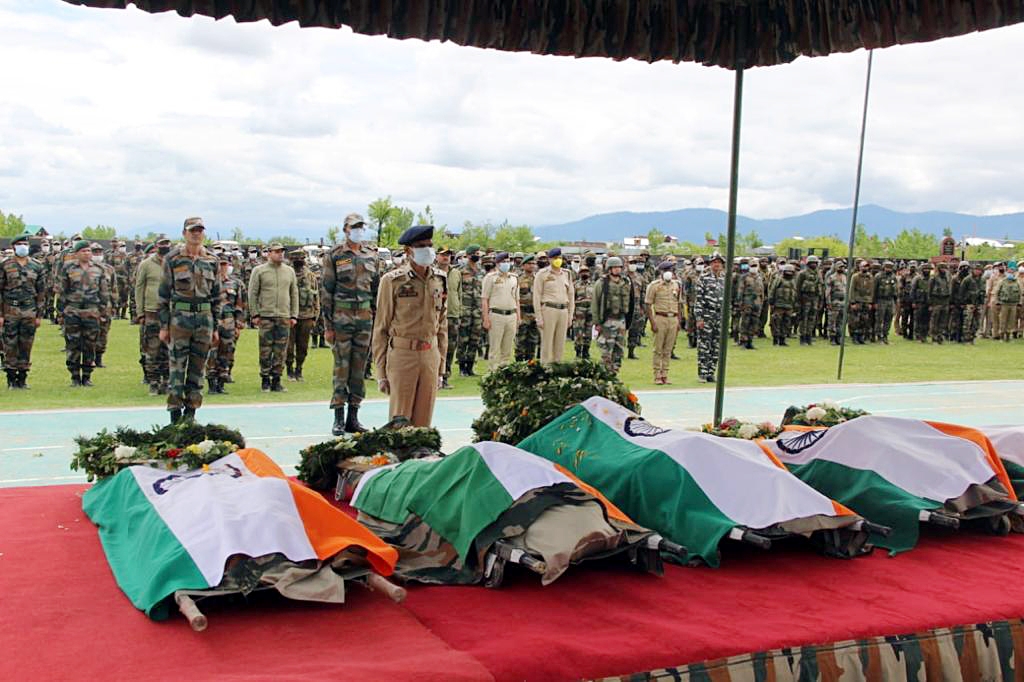 Classmates of an Army officer killed while battling terrorists near the Line of Control (LoC) in Kashmir's Kupwara district in 2015, have sent 300 kg sweets to soldiers in his unit ahead of Diwali.

Colonel Santosh Mahadik, the Commanding Officer of 41 Rashtriya Rifles, was critically injured during the operation in Haji Naka forest area of Kupwara near the LoC in Kashmir in November 2015 and succumbed at a hospital later.

"The mithai boxes, weighing around 300 kg, landed at Srinagar airport and reached the 41 Rashtriya Rifles unit on Tuesday, and were distributed yesterday among the soldiers Col Mahadik commanded," a classmate involved in the initiative told PTI.

Col Mahadik, awarded the Shaurya Chakra and Sena Medal, was a student of Sainik School Satara in Maharashtra during 1987-94.

"Since his supreme sacrifice for the motherland, we have been sending Diwali sweets to his comrades-in-arms, who suffer harsh climes and valiantly face the enemy from across the border. This is our small gesture for soldiers who spend Diwali away from their families," he said.

An officer from the elite 21 Para-Special Forces unit, Col Mahadik was awarded a Sena Medal for gallantry during Operation Rhino in the North-East in 2003.

Col Mahadik was an ace football goalkeeper, a skilled horse-rider and a passionate boxer while at Sainik School, his friends recall.

Despite the inhospitable terrain that made the Kupwara operation immensely challenging, the Colonel chose to lead his battalion and the operation, his classmate said.

For Mahadik's classmates from the batch which passed out of the Sainik School 26 years ago, this is the fifth year of the 'sweet gesture' they like to call Operation Diwali.

The braveheart's wife Capt Swati Mahadik was commissioned in the Army in 2017.

"This is my husband's dream. I had other dreams - like being with my children Karthikee and Swaraj - but I took up his dream.

"My husband liked being in the Army. He fought against terrorism, so after he died, I decided to wear this olive green uniform," she says.