CJI urges the govt to relieve judges of ‘avoidable burden’ 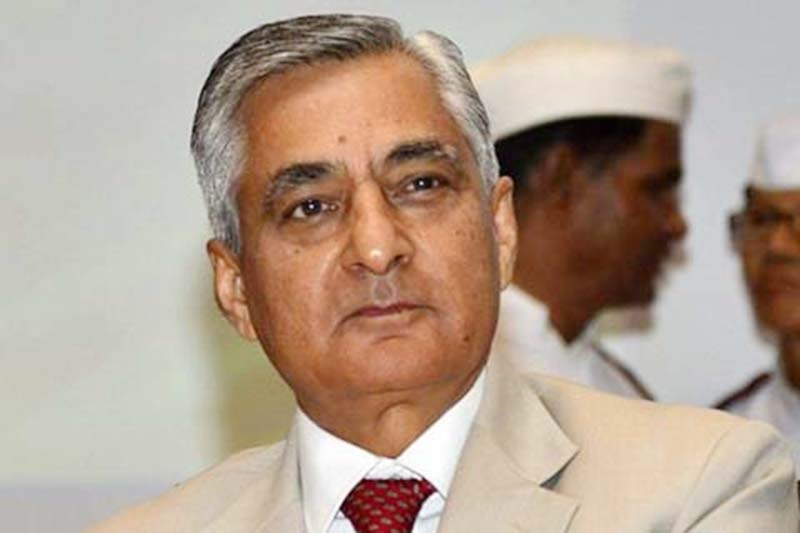 New Delhi : Chief Justice of India T S Thakur on Saturday urged the Law Ministry to devise a mechanism to relieve the judicial system of the “avoidable burden” that arises out of “sheer apathy, indifference or incapacity” of the government and its departments to take certain decisions.

The CJI also asked the government to set up a panel, comprising former judges, to decide on whether or not to fight a case against any citizen when the issue could be resolved outside court. “I would request the Law Minister to devise some mechanism to relieve our judicial system of avoidable burden that comes on us, not because we are not ready to share that burden but because of the sheer apathy or indifference or the incapacity of the government to deal with a situation to take a decision,” the CJI said.

The CJI referred to certain “unnecessary” cases which could be screened before reaching the court and could be solved at the administrative level itself. “We are doing justice, isn’t that the government also supposed to do? Why should we force the citizen to go to the court at all. I would request the Government of India to device some mechanism to resolve these issues outside court.

“You can have a panel of former judges with impeccable honesty. Let them decide. Let that panel decide whether the citizen is entitled to that relief. If he is right then why should we force the citizen to be brought to the court.

“Show the will to provide a mechanism for the resolution of conflicts or disputes outside the judicial system and you will have help from lawyers and judges,” the CJI said.

Minister of Law and Justice Ravi Shankar Prasad, who was also present on the occasion, addressed the inaugural session of ‘National Consultation on Challenges in Mediation and Way Forward’ and proposed the digitalisation of 622 district-level NALSA centres across the country to make them more efficient and effective.–PTI