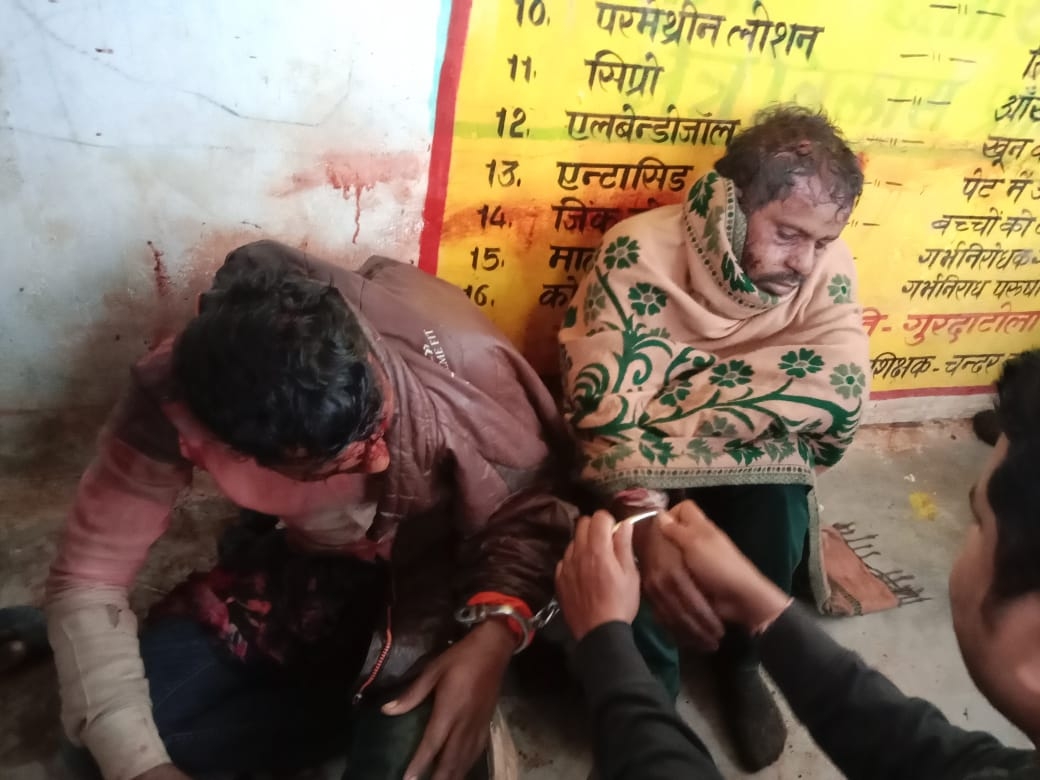 Raipur: In Maoist infested north Bastar, a jawan of Chhattisgarh Armed Force (CAF), a member of fake Naxal racket, involved in serious offences like loot and extortion, was arrested. The fake Naxal gang was also busted.

Villagers caught robbers including a police jawan of Chhattisgarh Armed Force (CAF) while the dacoits were carrying out a raid on a house in village Gurdatola , Bhanupratappur, Kanker district.

The villagers not only fought these fake Naxals bravely but also handed them over to the district police.

Chamru, a resident of village Gurdatoal, Bhanupratappur, Kanker district said, on the wee hours of Sunday night around 2 o’clock somebody knocked our door. We heard sloganeering "Lal Salam" and all of sudden five-armed people barged into our house and demanded Rs 2 lakh.

When we expressed our inability to pay saying that such a big amount is not available in the home, the armed men wielding knives, axes, and a gun started searching our house. Fortunately, the light had fallen on the gun and we realised the gun was fake. We both brothers attacked the burglars, and caught them, Chamru added.

The noise woke up the family members and neighbours, and they caught three robbers including Santosh Gupta, Shiva Thakur and Jitendra Ramteke. Later on, the villagers handed over these dacoits to the local police.

While speaking to the media, Superintendent of Police Shalabh Sinha said, police arrested all the five people involved in the robbery.

Jitendra Ramteke was a jawan of CAF 8th Battalion, Rajnandgaon, and he was continuously missing from his barrack for the last three month, the SP said.

During the investigation it was also found that the gang of fake Naxals have already looted 10 villagers and were involved in more than seven such incidents, Kanker police said.