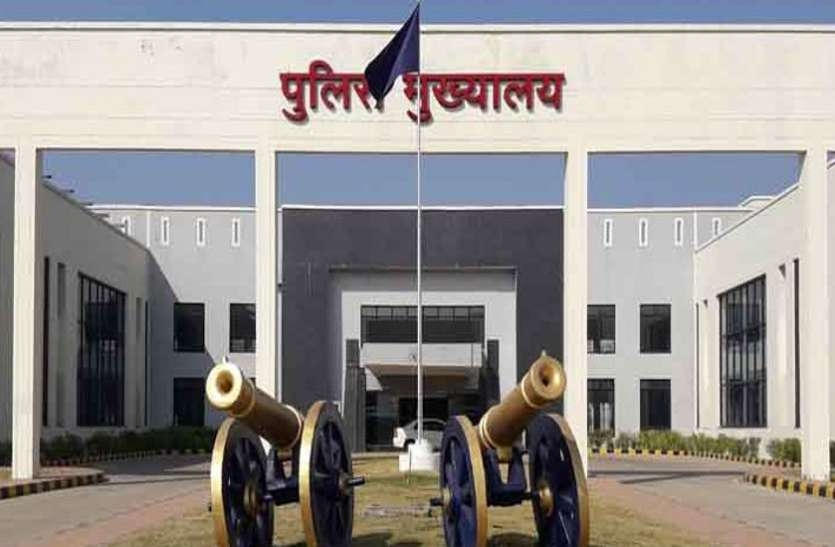 Chhattisgarh’s police administration faced a very tough and dilemma-like situation when families of policemen gathered from across the state in Raipur and confronted police in uniform in Nawa Raipur while attempting to gherao the Chhattisgarh Police Headquarters on Monday.

The protestors were marching to PHQ to make top officials aware of the demands and hardship faced by grade three policemen including the Assistant Constables (especially those surrendered Naxals), tribal youth who fight on the front row in the fight against Naxals while serving their duties. These assistant constables are not treated as regular policemen and are continuously facing discrimination suffer from pay anomalies.

During the protest, hundreds of women belonging to police families clashed with Chhattisgarh police jawans in Nawa Raipur while they were approaching to block the police headquarters gate on Monday.

Additional SP Raipur, Tarkeshwar Patel, while speaking to media said all the protestors were detained and shifted to temporary jail because they have staged a demonstration in the area which is prohibited for these types of activities, secondly protestors don’t have any prior permission for it.

Meanwhile, several protestors alleged that policemen used brutal force to suppress their demands as well as their protest, several of them suffered injuries. They complained of manhandling.

One protester complained that they had come to Raipur and put their demands before the concerned top-level authorities but were stopped in between.

In Chhattisgarh, policemen under Chhattisgarh Police Parivar Sangathan (CPPS), especially constables, are continuously pressing their demands before the government which includes implementation of increment in the allowances and salary, enhancement of facilities, allotment of quarters, re-address of issues of pay anomalies, acknowledgement of assistant constables as regular police staff and others.

Assistant Constables are police constables who were included in the police system under the special arrangement in Naxal affected areas but were not provided equal facilities, alleged one woman protestor from Bijapur.

From Raman Singh government to Bhupesh Baghel government, these families have only received false assurances, said a policeman member of the CPPS without disclosing his name This is why our families are staging a protest. He said that police rules do not allow us to register for demonstrations. Therefore, our families are registering to protest instead, he added.

Meanwhile, in the incident, police have also detained Ujjawal Diwan, who was alleged of inciting the women and helping them to carry out the protest, the sources said. Protestors are demanding an immediate release of the Ujjawal Diwan.