As per the forest department, 45 elephants have died due to various reasons while 204 people were killed in elephant attacks across Chhattisgarh in the last three years.
AVDHESH MALLICK 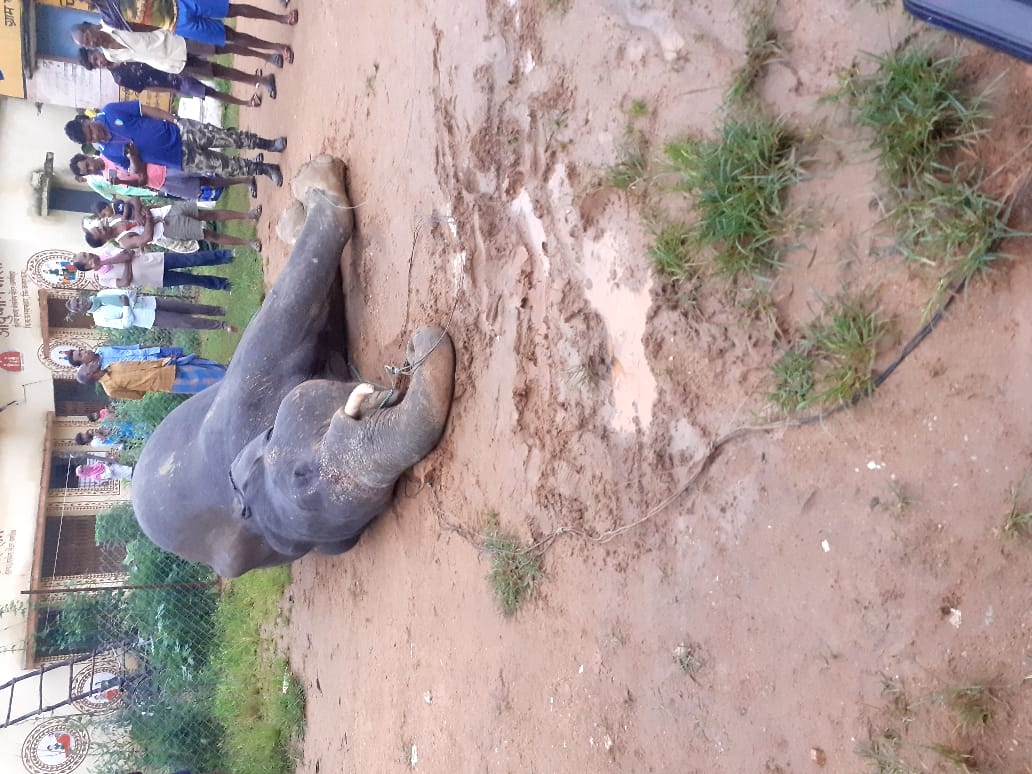 Raipur: Electrocuted body of an elephant was spotted in Jashpur's Amdiha village under Tapkara forest range of Jashpur district, Chhattisgarh on Tuesday.

The villagers claimed that the elephant entered the village smelling the stock of rice in a warehouse, which was under the Public Distribution Scheme (PDS), and ransacked it. It got electrocuted during the incident.

However, the forest department is in denial mode.

While speaking to the FPJ over phone DFO Jashpur Division, Jadhav Shrikrishna said, the lone male elephant of 17-18 years old got electrocuted in Amdiha village under Tapkara forest range of the district at around 3-4 o’clock on Tuesday morning hours.

The elephant got accidentally electrocuted as it put the live side of the broken wire into its mouth. The wire was supplying power and connected to the Health and Wellness centre. The elephant might have tried to eat the stored paddy or rice stored in the PDS store but initially we haven’t found any traces of it, the DFO said.

As per the forest department, 45 elephants have died due to various reasons while 204 people were killed in elephant attacks across Chhattisgarh in the last three years.

Recently, the Chhattisgarh government decided to dump paddy in the pathways of elephants so that they can be kept away from human habitats. Forest Minister Mohd. Akbar earlier claimed that the elephants got attracted to the strong smell of stored Mahua or paddy. Putting paddy in their way helps in keeping the tuskers away from villages.

However, after the declarations the government faced strong protest from the opposition as well as the activists and alleged that the forest department’s plan to procure paddy for this drive lacks scientific basis and appeared to be an attempt to compensate the state government for losses incurred in acquiring surplus paddy in 2019-20.