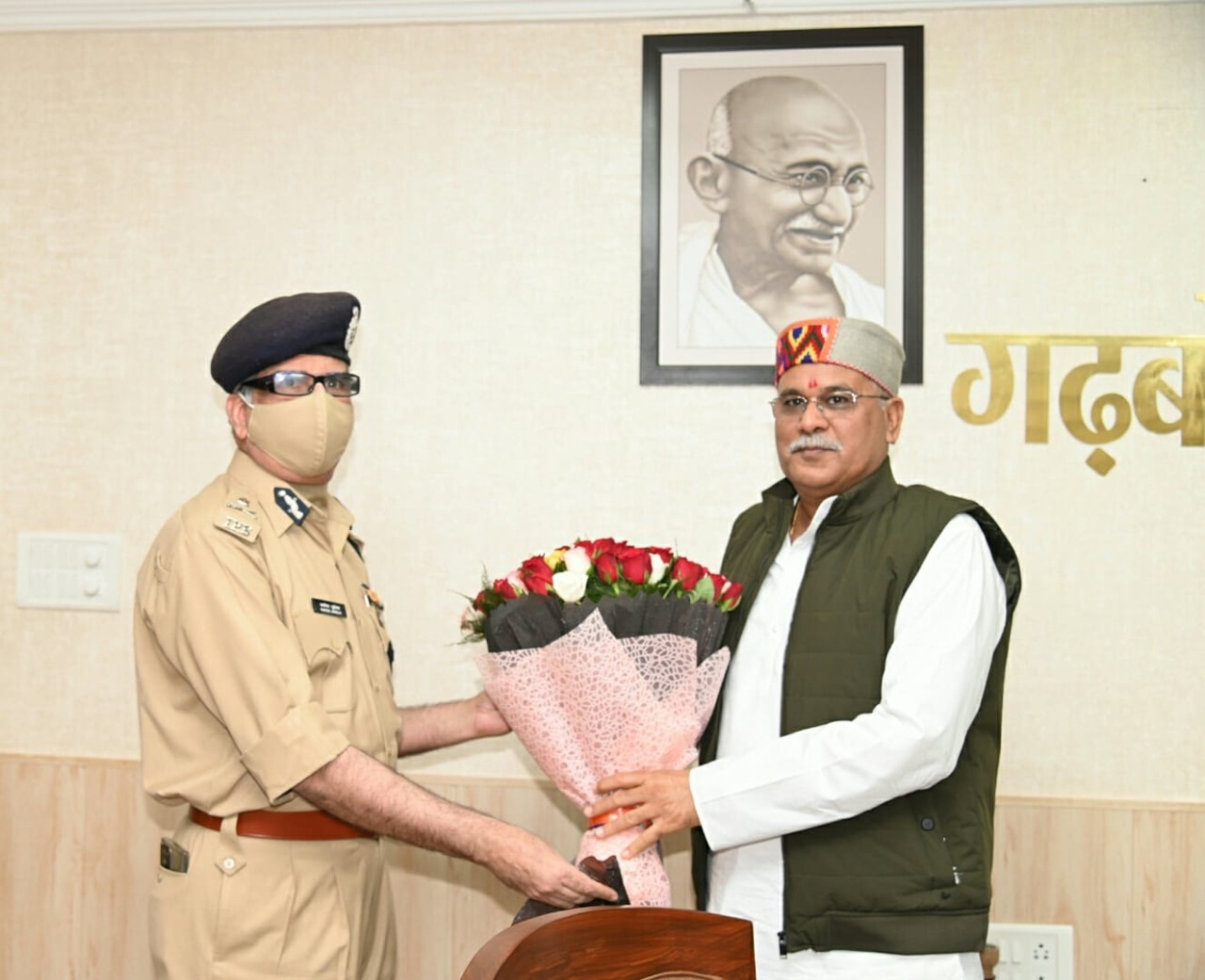 Bhupesh Baghel led Chhattisgarh government did major surgery in Police Department of the state and removed DM Awasthi, Director General of Police (DGP) from his position on Thursday.

As per an order issued by the government on Thursday, DM Awasthi, a 1986-batch IPS officer, who was the Director General of Police (DGP) since December 2018, has been appointed as chairman-cum-managing director of the Police Housing Corporation as new posting and also made DG of Chhattisgarh State Police Academy.

Ashok Juneja was among the lucky and most eligible cops India who have served in UN operations for a longer period. He also known as action man, as he speaks less and often shy away from media. 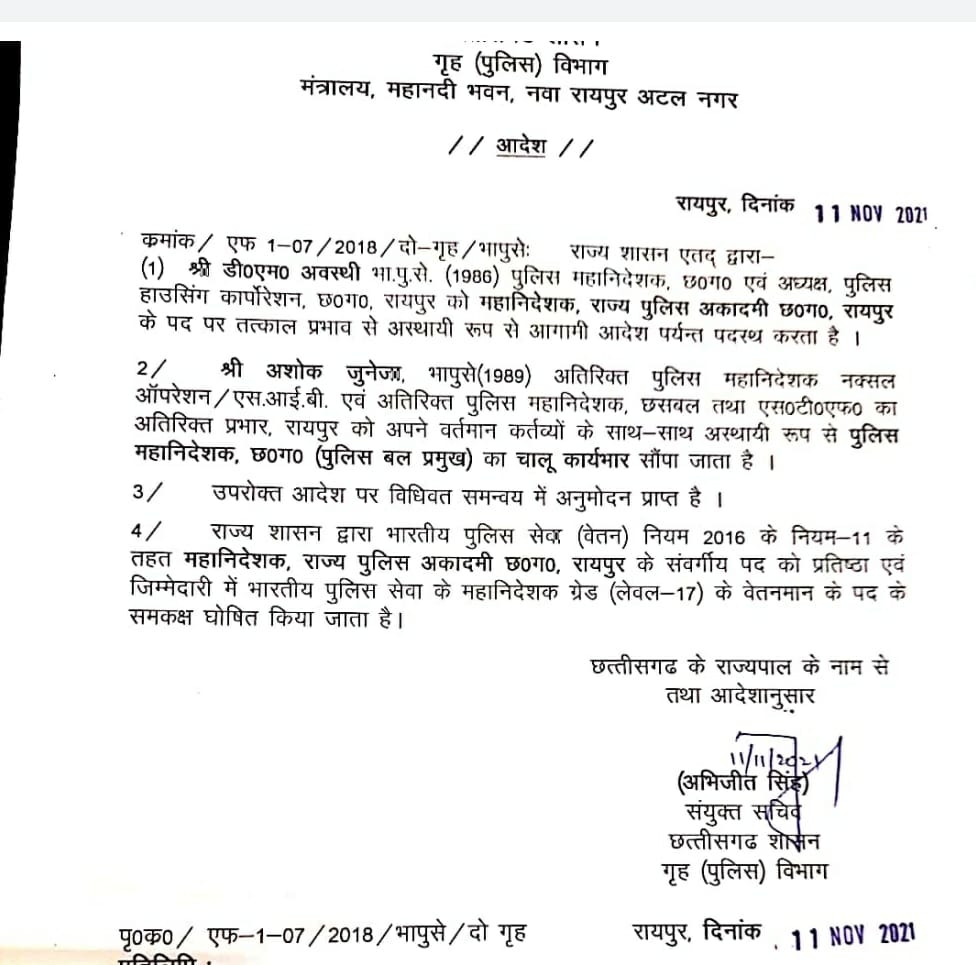 This new surgery in police department was obvious. Two days ago, Chief Minister Bhupesh Baghel chaired a meeting of the top cops of the state and expressed his displeasure over his failing law and order situation in the state including failure of curbing hookah bars, illegal gambling, illegal sale of liquor and slow progress in the prosecuting of Chit Fund Company racket and others.

A press release by Chhattisgarh government on Tuesday said, the CM expressed his deep displeasure over slow action against the absconding operators of chit fund companies. He asked for the strict action against Chit Fund operators including arrest of the accused at the earliest.

Similarly, he also expressed unhappiness over the lack of expected progress on auction of properties of chit fund operators, the government statement said.

In the meeting, CM said, you have failed my expectations and I know very well how to run the administration.

After this it was expected that there will be major surgery will happen on the top administrative level in police and finally the DGP was removed, one senior level police officer said on the verge anonymity.

Moreover, the Public Relations Department of Chhattisgarh government also circulated a photo on its official WhatsApp group in which CM Baghel was showed greeting the new DGP Ashok Juneja. 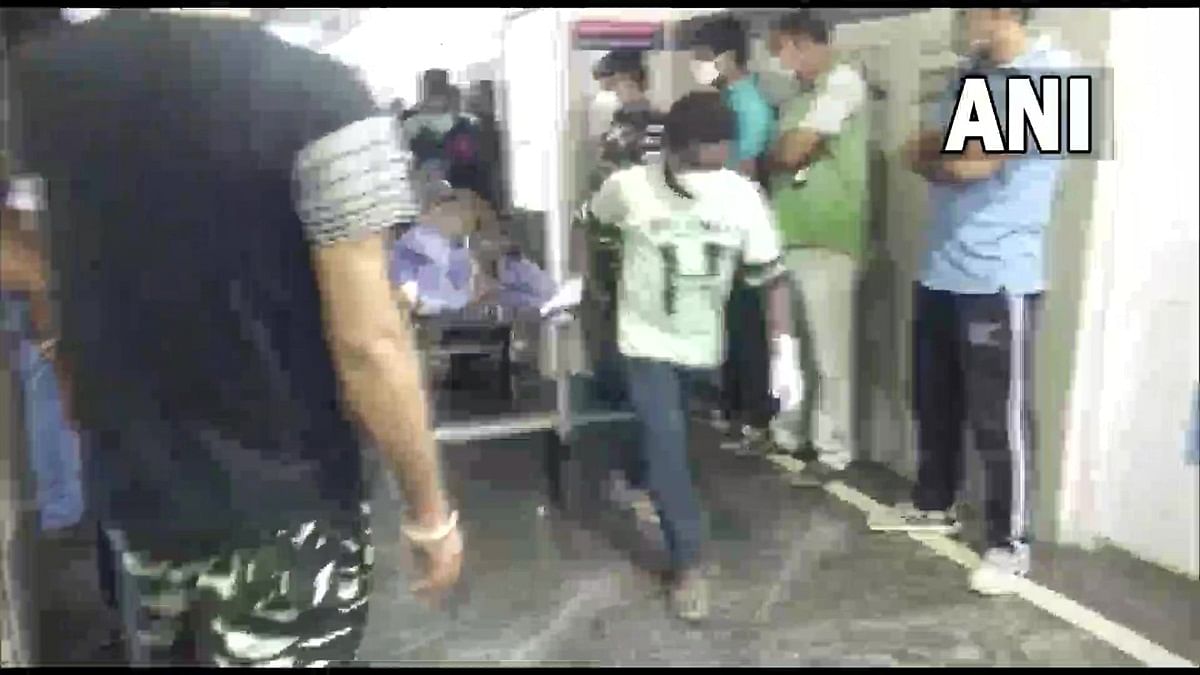