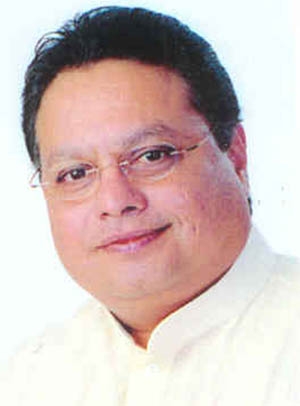 New Delhi : Ahead of the Supreme Court hearing on Friday, the CBI on Thursday filed its second charge-sheet before a city court in the alleged coal block allocation scam against the Nagpur-based AMR Iron and Steel Private Limited and others for alleged fraudulent acquisition of the coal blocks.

This is the second firm charge-sheeted in the wake of the Supreme Court’s ire at the last hearing on March 10 for the agency going slow even after completing investigation in five cases. The CBI had earlier charge-sheeted Huderabad-based Navbharat Power.

Congress MP and newspaper baron Vijay Darda, his son Devendra, as also AMR’s directors Arvind Jayaswal, Manoj Jayaswal and Ramesh Jayaswal have been charge-sheeted for offences of the criminal conspiracy (Section 120-B of IPC), cheating (420) and under the provisions of the Prevention of Corruption Act.

There is, however, yet no word from the CBI about three other coal scam cases in which it has completed the investigations and may get the Supreme Court stick on Friday for not yet charge-sheeting the culprits.

These cases relate to JLD Yavatmal Energy Limited, Nagpur, in which also Vijay Darda as also his brother Rajendra (a Maharashtra minister) and son Devendra were made accused in the FIR registered on September 4, 2012. The two other firms booked on the same day are from Kolkata: JAS Infrastructure Capital Pvt Ltd and Vini Iron & Steel Udyog Limited.

Only on Thursday, the CBI also registered two more FIRs in the coal scam against two firms from Nagpur and Delhi and raided their premises, raising the total number of FIRs in the scam to 18.  AMR Iron and Steel Pvt Ltd, which was charge-sheeted on Thursday, is accused of securing the coal block allocation in July 2008 by concealing the fact that its group companies had already secured five coal blocks and hence not eligible for further allocation. The government had allotted to it the Bander coal block in Maharashtra, jointly with JK Cement Ltd and Century Textiles Industries Limited as a captive mine for its proposed plant in Maharashtra.