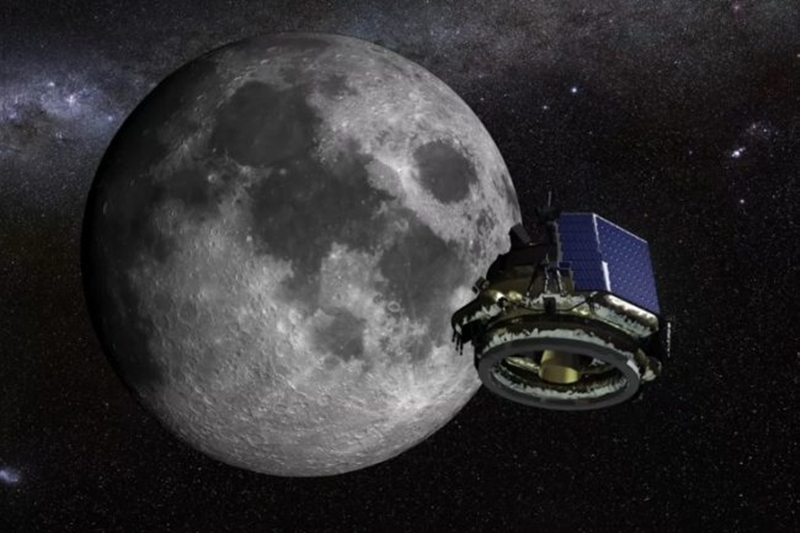 New Delhi: Ahead of Chandrayaan-2's touchdown on moon's South Pole, Prime Minister Narendra Modi urged citizens to witness the historic event. The landing is expected to take place in the early hours of Saturday.

Exuding happiness, he wrote on Twitter, "The moment 130 crore Indians were enthusiastically waiting for is here! In a few hours from now, the final descent of Chandrayaan - 2 will take place on the Lunar South Pole. India and the rest of the world will yet again see the exemplary prowess of our space scientists.

I urge you all to watch the special moments of Chandrayaan - 2 descending on to the Lunar South Pole! Do share your photos on social media. I will re-tweet some of them too." The Prime Minister will visit the Indian Research Space Organisation (ISRO) headquarters at Bengaluru along with school children from Bhutan and different states of the country to witness the final descent of Chandrayaan-2 to the lunar South Pole.

"I am extremely excited to be at the ISRO Centre in Bengaluru to witness the extraordinary moment in the history of India's space programme. Youngsters from different states will also be present to watch those special moments! There would also be youngsters from Bhutan," the Prime Minister said in another tweet.

Prime Minister Narendra Modi also stated that he has been "regularly and enthusiastically tracking all updates relating to Chandrayaan-2 since it was launched on 22nd July 2019".

"This Mission manifests the best of Indian talent and spirit of tenacity. Its success will benefit crores of Indians," The Prime Minister said in another tweet. The Chandrayaan 2 spacecraft will be the first Indian expedition to carry out a soft landing on the lunar surface. This mission will make India the fourth country after the US, Russia, and China to conduct a soft landing on the moon.

The mission took off from the Satish Dhawan Space Centre in Sriharikota on July 22. India's second mission to the moon was approved by the cabinet in September 2008, just before the launch of Chandrayaan 1.