ISRO Chairman K Sivan announced the launch of Chandrayaan-2 would take place at 2.51 am on board the GSLV MK-III vehicle from the spaceport of Sriharikota.
PTI 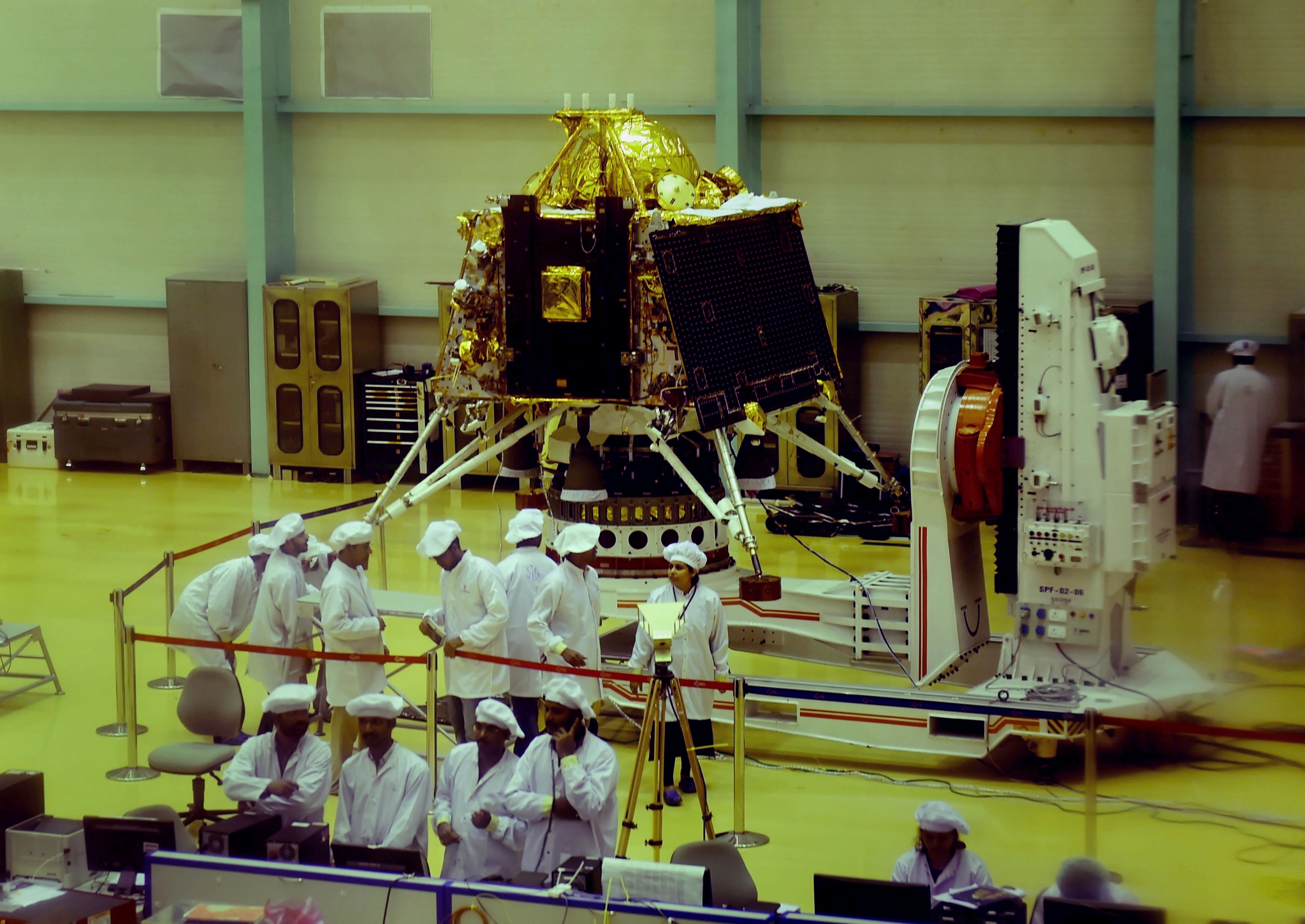 Bengaluru: India's second mission to the moon, Chandrayaan-2, would be launched on July 15, Indian Space Research Organisation (ISRO) Chairman K Sivan announced on Wednesday. The landing on the moon near the South Pole, an uncharted territory so far, would be on September 6 or 7, Sivan told reporters here, as the Indian space agency is all set to embark on its most complex mission.

The launch would take place at 2.51 am on board the GSLV MK-III vehicle from the spaceport of Sriharikota. The ISRO had earlier kept the launch window for the mission from July 9 to July 16. The spacecraft, with a mass of 3.8 tonne, has three modules -- Orbiter, Lander (Vikram) and Rover (Pragyan). Sivan said Orbiter would have eight payloads, Lander three and Rover two. The mission cost of Chandrayaan-2 with regard to the satellite was Rs 603 crore, he noted. The cost of GSLV MK III is Rs 375 crore.

According to the ISRO, Orbiter, with scientific payloads, would orbit around the moon. Lander would soft land on the moon at a predetermined site and deploy Rover. The scientific payloads on board Orbiter, Lander and Rover are expected to perform mineralogical and elemental studies of the lunar surface. The Orbiter and Lander modules would be interfaced mechanically and stacked together as an integrated module and accommodated inside the GSLV MK-III launch vehicle. Rover is housed inside Lander.

After the launch into an earth-bound orbit by GSLV MK-III, the integrated module would reach the moon orbit using the orbiter propulsion module and subsequently, Lander would separate from Orbiter and soft land at the predetermined site, close to lunar South Pole, the ISRO said. Rover would roll out for carrying out scientific experiments on the lunar surface, it said, noting that instruments were also mounted on Lander and Orbiter for carrying out scientific experiments.