Centre has no role in Omar spying: Minister 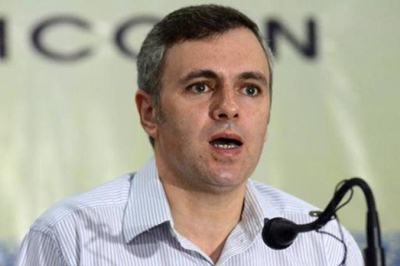 Jammu :  The Centre on Sunday steered clear of the row surrounding the alleged spying on Omar Abdullah, with Union minister Jitendra Singh saying that it is “something between him and the state government”

Omar had on Sunday accused the JK government of “brazenly” spying on him, a charge rejected by the ruling PDP.

He was here to attend a ‘meet the press’ function organised by the Press Club Jammu, reports PTI.

Omar had alleged that a CID person was posted outside his residence to keep a watch on people coming and going out.

“Mufti government brazenly spying on me. A journalist interviewing me for a national daily just got stopped right outside my gate by CID person,” he had tweeted. “She (journalist) was asked who she was and what the purpose of her visit was! Seriously guys if you want to know just ask me, I couldn’t care less if you do,” he added. Addressing Chief Minister Mufti Mohammad Sayeed, Omar wrote on the micro-blogging site, “Dear Mufti Sb, if you and your apparatchiks want to know what I’m up to pick up the

phone and ask me. Please don’t accost people outside my gate!”

PDP had rejected the accusation, saying Abdullah was leveling the allegation just to “make news”, and hit back by charging

him of spying on PDP president Mehbooba Mufti and other leaders when he was the Chief Minister.

Waheedur Rehmaan Parra, PDP leader and political advisor to the Chief Minister, said, “It was not a cop who had

questioned the journalist outside the residence of Omar Abdullah.

“It was a National Conference worker who was denied entry to Omar’s residence who had asked a few questions to the lady.”