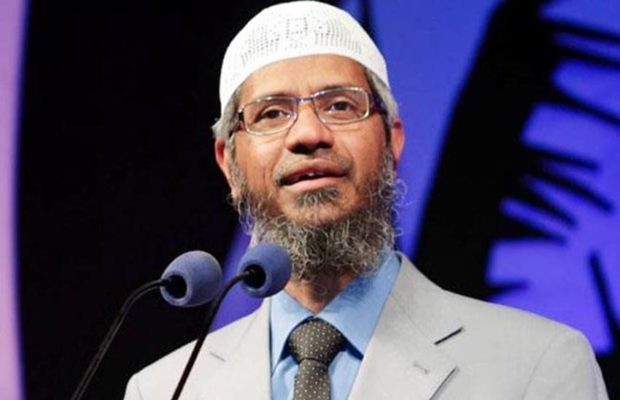 New Delhi: The ban imposed on Islamic Research Foundation (IRF), set up by Zakir Naik who was accused of inspiring Muslim youths in India and abroad to commit terror acts, has been extended by the Centre for five years.

Naik, who was born in Mumbai but fled India in the wake of the 2016 Dhaka bombing, is accused of spreading hatred among different communities through his Peace TV and social media networks where he has over 20 million followers, and is currently living in Malaysia.

In a late night notification, the Union Home Ministry said that the IRF has been indulging in activities which are prejudicial to the security of the country and have the potential of disturbing peace and communal harmony and disrupting the secular fabric of the country and hence declared unlawful under the stringent anti-terror law UAPA.

Naik fled India after the July 1, 2016 bombing at a cafe in Dhaka where terrorists killed over 20 people, including 17 foreigners.

One of the bombers of the Bangladesh capital had said that he was inspired by Naik's speeches.

Two of the many Kerala youths, who joined the Islamic State, had said that they were attracted to the Middle-East's deadliest terror group after meeting the controversial preacher.

Naik denied having any role in any of these incidents.

Zahran Hashim, the leader of National Thowheeth Jama'ath, the group which claimed the Easter bombings in Sri Lanka, had praised Naik and asked Sri Lankan Muslims what they could do for him.

Over 250 people, including 45 children and 40 foreign nationals, were killed in the deadly explosions in Sri Lanka on April 21, 2019, the Easter Sunday.

In its notification, the home ministry said it is of the opinion that the IRF and its members, particularly founder and president Zakir Abdul Karim Naik alias Zakir Naik, have been encouraging and aiding its followers to promote or attempt to promote, on grounds of religion, disharmony or feelings of enmity, hatred or ill-will between different religious communities and groups which are prejudicial to the integrity and security of the country, it said.

The home ministry said the statements and speeches made by Naik are objectionable and subversive and through them he has been promoting enmity and hatred among religious groups and inspiring youths of a particular religion in India and abroad to commit terrorist acts.

The central government is further of the opinion that if the unlawful activities of the IRF are not curbed and controlled immediately, it will take the opportunity to continue its subversive activities and re-organise its activists who are still absconding, it said.

The ministry said Naik's activities will disrupt the secular fabric of the country by polluting the minds of the people by creating communal disharmony, propagate anti-national sentiments, escalate secessionism by supporting militancy and some people may undertake activities which are prejudicial to the sovereignty, integrity and security of the country.

The notification said that the central government is also of the opinion that with regard to the activities of the IRF, it is necessary to declare it an unlawful association with immediate effect.

Considering all these aspects, the Home Ministry said, it has decided to extended the ban imposed on the IRF under the UAPA for another five years.

India has been pursuing with Malaysia its request for extradition of the fugitive evangelist without any success.

He has permanent residency of Malaysia, which gave him shelter after countries like Britain and Canada denied him visas.

Naik's hardline interpretation of Islam earned him a distinct following but he attracted attention of security agencies as well.

There are multiple cases filed by the National Investigation Agency and the Enforcement Directorate against Naik.

After his Peace TV English, he had also launched the Urdu and Bangla versions of the channel and these were banned in many countries over allegations of radical views and hate campaign. Afghanistan: Attendance of girl students drops after cancellation of final exams in Herat