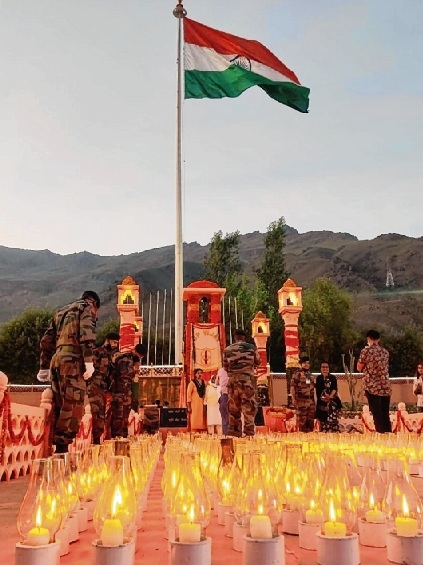 Chief of Defence Staff Bipin Rawat visited the areas long the Line of Control in Dras sector of Kargil district on Sunday, a day before Kargil Vijay Diwas, to review the prevailing security situation and operational preparedness, an official statement said.

President Ram Nath Kovind will visit Dras on Monday on 22nd anniversary of the Kargil Vijay Diwas to pay homage to the indomitable courage and sacrifice of the Indian armed forces during the Kargil conflict of 1999 at the Kargil War Memorial.

“The CDS also interacted with troops and complimented them for their high morale and exhorted them to remain resolute and steadfast,” it added.