A Special Court in Delhi on Monday sent Chitra Ramkrishna, former MD and CEO of National Stock Exchange (NSE) to a seven day Central Bureau of Investigation (CBI) custody. Ramkrishna was arrested late on Sunday evening in connection with the NSE co-location case. The court has also ordered for Ramkrishna's interrogation to be done under CCTV observation, permitted her lawyers to meet her every evening and that her medical examination will take place every 24 hours.

On February 25 the CBI had arrested former Group Operating Officer (GOO) of the NSE Anand Subramanian in the said case. Subramanian's CBI custody has been extended till March 09 by the court on Monday.

Ramkrishna's anticipatory bail was rejected by the court after which she was arrested in Delhi on Sunday in connection with the co-location case.

Last month, the CBI had questioned former CEO of the NSE Ravi Narain in Delhi and had also questioned Ramkrishna in Mumbai. The CBI had issued lookout circulars (LoCs) against Ramakrishna, Narain and Subramanian in connection with the case.

The CBI team had also visited the Securities and Exchange Board of India (SEBI) office in Mumbai and had collected certain case related documents.

On May 28, 2018, the CBI had registered a case criminal conspiracy, attempt to give and receive bribe, misuse of official position and destroying evidences against the owner and promoter of a New Delhi-based private company, unknown officials of the SEBI and the NSE, Mumbai and other unknown persons.

According to the CBI, it was alleged that the owner and promoter of the said private company abused the server architecture of the NSE in conspiracy with unknown officials of the NSE. It was also alleged that unknown officials of the NSE, Mumbai, had provided unfair access to the said company using the co-location facility during the period 2010-2014 that enabled it to log in first to the exchange server of the stock exchange, helping it get the data before any other broker in the market.

Last month, SEBI had slapped fine on Ramkrishna after finding that she was allegedly taking guidance from a yogi in various matters related to the exchange. 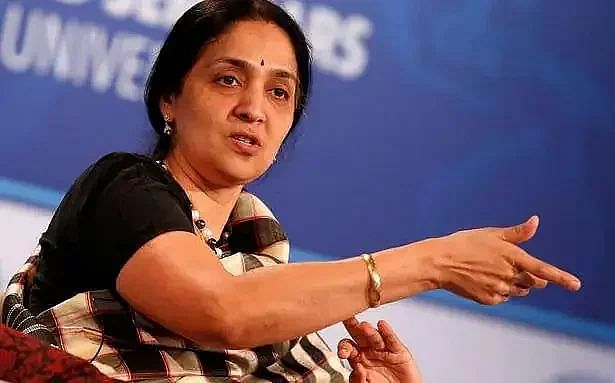