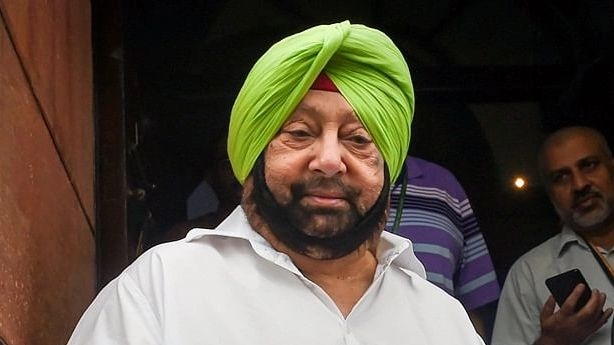 Amid political upheaval in poll-bound Punjab, former Chief Minister Captain Amarinder Singh may soon form his own political party. This also comes after Singh met with Union Home Minister Amit Shah and National Security Advisor Ajit Doval. But while the Singh insists that he will not be joining the BJP, he had also made it clear that he does not intend to stay with the Congress any longer.

According to an India Today report quoting sources, nearly a dozen Congress leaders were in touch with the senior politician. Reportedly, Singh is consulting with his supporters to chalk out a plan of action. He is also likely to meet some farmer leaders in the state. The expectation is that he will float a new party within a fortnight.

The developments come after months of infighting between him and Navjot Singh Sidhu eventually culminated with a resignation. Singh had resigned as Chief Minister on September 18 and had told the media that the Congress leadership had let him down.

While Sidhu had been made the PCC chief in July to stem infighting in Punjab Congress ahead of next year's assembly polls, he recently tendered his resignation. He was reportedly upset over the bureaucratic setup and his commands not being followed after Cabinet expansion in Punjab. Reports quoting party sources however indicate that the resignation had not yet been accepted by the party. A meeting was held on Thursday and reports indicate that the party is likely to form a coordination committee for the better functioning of the state government.

Assembly elections in Uttar Pradesh, Punjab, Goa, Uttarakhand and Manipur are due early next year. Among these five states, four are currently ruled by BJP or BJP-led coalition. Only, Punjab is ruled by the Congress government.