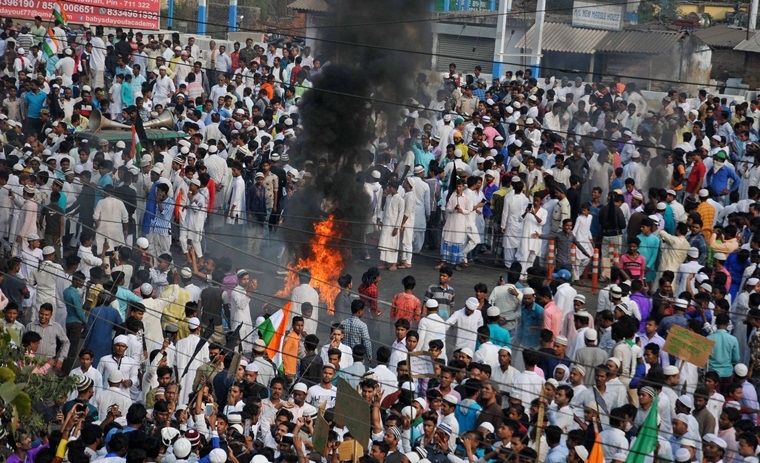 On Friday, a mob, carrying posters against the CAA and the proposed National Register of Citizens, vandalised the Beldanga railway station of Eastern Railway in Murshidabad district, forcing the railway employees to flee. The protesters torched the station master's cabin and ransacked the ticket counter before setting it on fire. They also sat on the track, disrupting train movement between Lalgola and Krishnanagar. Another large group of protesters obstructed the National highway at Beldanga, burning tyres and damaging vehicles, including an ambulance. Vehicular traffic was halted at various points of the district, including Jalangi, Raghunathganj, Sahmserganj, Kandi, Baharampur and Domkal.

In Howrah district, angry protesters barged into the Uluberia station under South Eastern Railway and vandalised its premises. The mob earlier blockaded the track, adversely hitting train movements on the Howrah-Kharagpur section on both up and down lines. The Howrah-Coromondol Express and the Howrah-Digha Kandari Express were damaged in the attack. Governor Jagdeep Dhankhar appealed for peace and asked people to believe in the rule of law and the laws passed by Parliament and described the violence as unfortunate.