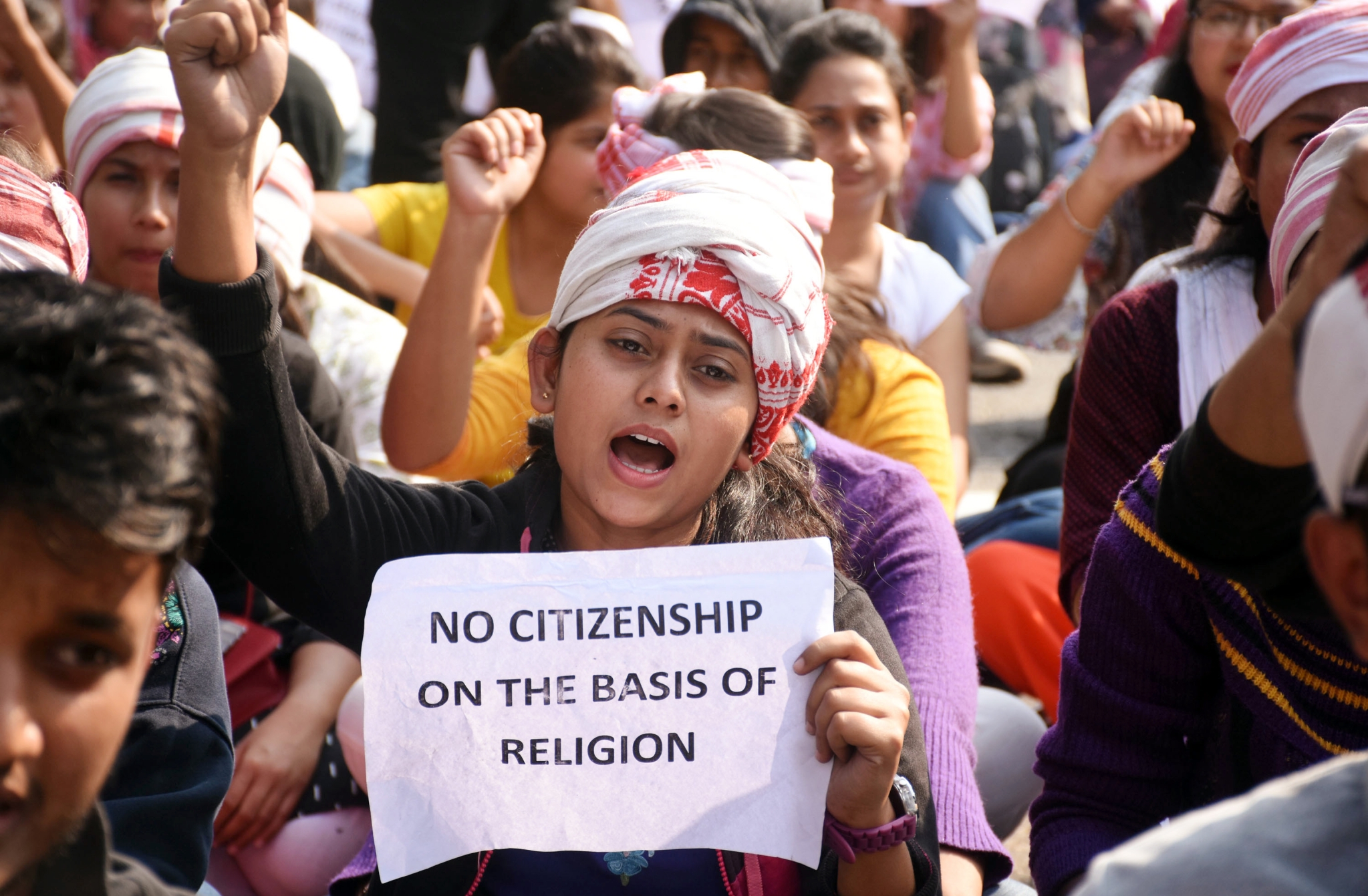 College students raise slogans in protest against the Citizenship Amendment Bill (CAB) during a strike, in Guwahati on Wednesday. | ANI Photo

New Delhi: After West Bengal and Kerala chief ministers, the Congress chief ministers of Madhya Pradesh, Punjab and Chhattisgarh have declared that they will not implement the Citizenship (Amendment) Act in their respective states.

On Friday, in a packed hall at the Indian Women's Press Corps in New Delhi, Madhya Pradesh Chief Minister Kamal Nath called the citizenship exercise a "process that sows seeds of divisiveness’’ and an attempt to change the narrative of India. Kolkata: Violent protests break out at Park Circus, other areas over CAB, NRC

A top Home Ministry official, however, asserted that no state can refuse to implement the amended Citizenship Act since the legislation falls in the Union List, in which defence, external affairs, railways and citizenship are mandatory.

Congress-ruled Rajasthan, however, is staying on the margins and Chief Minister Ashok Gehlot has not uttered a word on implementation of the amended law.

West Bengal CM Mamata Banerjee and Kerala's Pinarayi Vijayan were the first to assert that they won't implement the ‘anti-constitutional’ law in their states; Punjab's Congress CM Amarin-der Singh had claimed the Congress has a majority in the state assembly to block the legislation.

Another Congress chief minister to oppose the law is Chhattisgarh's Bhupesh Baghel. He said: "It is clearly unconstitutional. But whatever decision is taken by the Congress High Command will be adhered to by Chhattisgarh."

Acutely conscious of the factors at work, election strategist Prashant Kishore on Friday said that the onus of "saving the soul of India" lies on the 16 non-BJP Chief Ministers who have to operationalise the newly-enacted Citizenship Amendment Act.

So, can the Citizenship Amendment Act be implemented at all, or the 16 non-BJP CMs can render it useless, creating a constitutional crisis in which the Centre will be at loggerheads with the states?

Till a middle ground is found, the Centre will have to fend off the judicial challenges and the political rhetoric.