UP Shia Central Waqf Board chief Waseem Rizvi, in an interview to Kanchan Srivastava, says he will move Supreme Court if Modi govt won’t amend CAA to add Shias who are persecuted in Pakistan.
Kanchan Srivastava 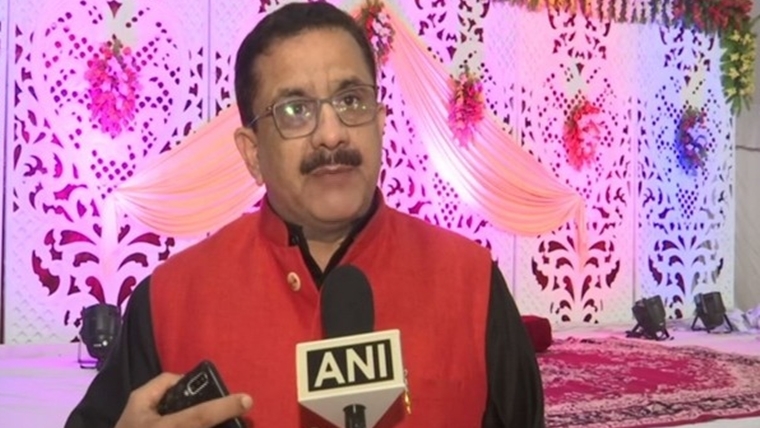 'No difference between Baghdadi and Owaisi', says Shia Waqf Board chief Wasim Rizvi | Photo by ANI

Who do you blame for the ongoing violence in Uttar Pradesh which engulfed even the capital Lucknow which is known for its secular fabric?

Samajwadi Party to Congress to Trinamool Congress and Muslim Personal Law Board, all of them seek to manufacture a civil war in India in the name of Citizenship Amendment Act (CAA) and National Register of Citizens (NRC).

They are provoking Muslims so that they take to streets. Instead of telling them the truth, they are telling them that CAA aims to oust Muslims from India.

This false narrative has led to such a large-scale protests and violence in Uttar Pradesh and other parts of India. Muslims should rather collect their documents instead of taking stones and petrol bomb in hands.

As the Shia waqf board chief, how do you view the CAA?

The Act is meant for Hindus, Christians, Parsi, Jain and Buddhists of Pakistan, Afghanistan and Bangladesh who are persecuted there on the basis of their faith. The law offers them Indian citizenship. It is a welcome step.

Critics of the CAA say that the law should have included Muslims as well as mainly because some communities like Ahmadiya in Pakistan and Rohingyas in Myanmar are also oppressed. Do you agree with this?

The Law only talks about the three countries so question of Rohingyas doesn't arise. Ahamadiays are not persecuted and the violence they face is mainly because of internal tussle in the community.

Sunnis are not oppressed either. Shias, which is a small community, are persecuted in Pakistan and Afghanistan. Hence, they should be included in CAA.

What is your advice to the community?

9 Shias should not participate in any kind of violence. Rather, they should collect all documents and be prepared to face the CAA and the NRC. Shia Waqf Board has sent out a representation to the Centre.

We can go to the Supreme Court as well if the government doesn't listen to us. Infiltrators are threat to India's security and the government must do everything to identify them.

But, in the process, Indians should not be made to suffer. If some Indian Muslims are unable to produce their documents for genuine reasons, relief should be given to them.

You had earlier made a film on Ram Temple. What is your next project?

I am making a film on Kashmiri Pandits now.