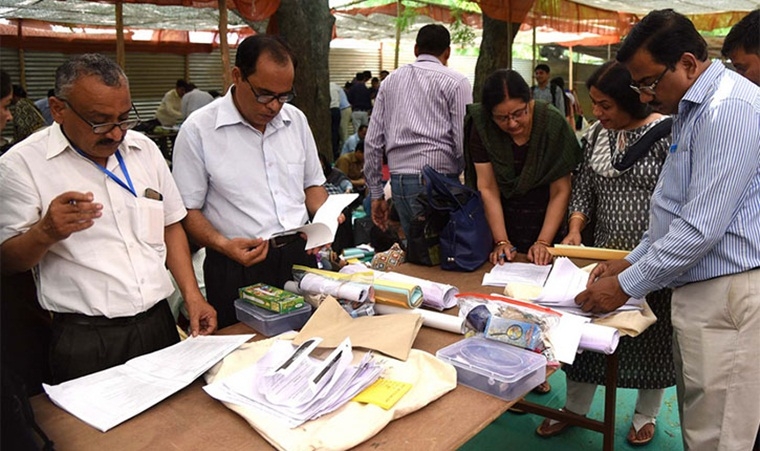 On Thursday, counting of votes has begun on Thursday for 51 assembly seats and two Lok Sabha constituencies spread across 18 states where by-elections were held two days ago. Counting will be held for the maximum 11 seats in Uttar Pradesh, followed by six in Gujarat, five in Bihar, four in Assam and two each in Himachal Pradesh and Tamil Nadu.

The other states where bypolls were held are Punjab (4 seats), Kerala (5 seats), Sikkim (3 seats), Rajasthan (2 seats) and one seat each in Maharashtra, Arunachal Pradesh, Madhya Pradesh, Odisha, Chhattisgarh, Puducherry, Meghalaya and Telangana.

Here are the LIVE Updates of the bypolls:

Punjab bypolls: Congress ahead in 3 seats, SAD leading in 1

The Congress is ahead in the three seats of Jalalabad, Phagwara and Mukerian, while the SAD is leading in Dakha in the bypolls to four assembly seats of Punjab, as per early trends.

Congress candidate Rajman Benzam leading by 1,900 votes over BJP's Lachhuram Kashyap in Chitrakot Assembly bypoll in Chhattisgarh after second round of counting.

BJP candidate Udayanraje Bhosale is trailing behind NCP nominee Shriniwas Patil by 1,089 votes in Satara Lok Sabha seat bypoll after the first round of counting.