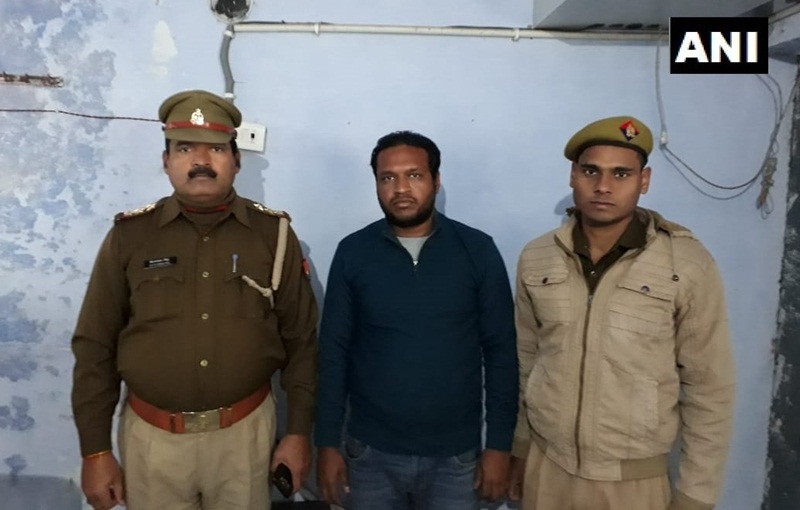 Shikhar Agarwal alias Shekhar, 25, had been on the run for nearly 40 days and was held at 7.20 am near a flyover in adjoining Hapur district by the Bulandshahr police, a senior official said. “We are interrogating him and gathering information to proceed further in the case. He will be produced in the local court later today,” Additional Superintendent of Police (Bulandhshahr city) Atul Kumar Srivastava told PTI.

With his arrest, the number of accused held for the December 3 violence which claimed two lives has reached 36, Srivastava said. He added that seven people have been arrested and jailed in connection with the separate cow slaughter case registered on the same day. Around six months ago, Agarwal was appointed the head of the newly-formed Siyana unit of the BJYM, the youth wing of the Bharatiya Janata Party (BJP), a police official said.

While he was in hiding, a purported video of Agarwal had surfaced on social media in which he claimed innocence and also accused the slain inspector of “corruption” and “siding with the Muslim community to get our mother (referring to cows) attacked”. Agarwal, who claimed to be pursuing a Bachelor of Ayurvedic Medicine and Surgery (BAMS) from Aligarh, said in the video that he had “full faith in the Yogi (Adityanath) government” in the state and he was ready for any probe.

He also claimed that the inspector was reluctant to get an FIR filed for cow slaughter and had threatened to shoot him for insisting on taking the carcasses to the police station. In the video from an undisclosed location, he had alleged that the police were “wrongly” saying that Singh was informed about the incident over phone, claiming the entire episode unfolded in his presence at the spot.

On December 3, 2018, mob violence had broken out in Siyana tehsil of Bulandshahr after cattle carcasses were found strewn in the fields outside Mahaw village. Police Inspector Subodh Kumar Singh, 44, and civilian Sumit Kumar, 20, were shot dead during the violence, after which an FIR was registered at the Siyana Police Station in which around 80 people were accused.

Twenty-seven people, including Raj, were named in the FIR, while 50 to 60 unidentified people were booked under Indian Penal Code sections 436 (mischief by fire or explosive substance with intent to destroy house, etc), 307 (attempt to murder), 302 (murder), 124A (sedition), 147, 148, 149 (related to rioting), 332, 33, 353 (related to voluntary assault on public servant to obstruct them from performing their duty), 336 (act endangering life or personal safety of others).

They were also booked for destroying public property among others. On January 3, the police had arrested local Bajrang Dal leader Yogesh Raj, also a key suspect in the case. A separate FIR was lodged by the police for cow slaughter on a complaint by Raj. Among the 36 people arrested for violence are Army jawan Jeetender Malik, Prashant Nat, who allegedly shot the inspector dead, and Kalua who had first attacked him with an axe, the police said.