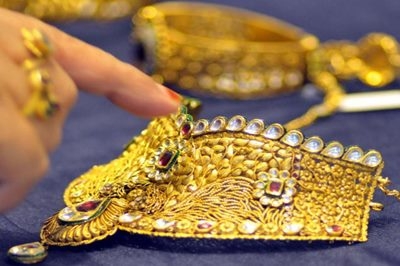 Mumbai : The gems and jewellery sector has expressed disappointment over the government’s proposal to reimposed 1 per cent excise duty in Budget 2016-17, saying the issue of mandatory PAN card was also not addressed.

Finance Minister Arun Jaitley proposed 1 per cent excise duty on jewellery without input credit or 12.5 per cent with input tax credit on jewellery excluding silver other than studded with diamonds and some other precious stones in a bid to curb demand, which the industry said would make objects costlier and impact their business.

“We are disappointed with the Budget. The proposed 1 per cent excise duty will reduce the ease of doing business as the gems and jewellery sector consists of less educated but highly skilled manpower, who are not equipped to deal with the cumbersome process required for it,” All India Gems and Jewellery Federation (GJF) Chairman Sreedhar G V told PTI.

He said the proposal will affect the sector, which is already grappling with challenges after the government’s decision to make PAN cards mandatory for any transactions of Rs 2 lakh and above in January.

Echoing similar views, India Bullion and Jewellers Association said the levy will create more trouble and make jewellery dearer. IBJA will make a representation to the Finance Ministry with its demand to roll back the excise duty.

World Gold Council (WGC) India MD Somasundaram PR said, “Reintroduction of a 1 per cent excise duty on the manufacture of jewellery is inconsistent. It will make jewellery buying more expensive and could lead to irregular business practices.” Additionally, raising import duty on gold dore could hinder growth of the domestic gold refining industry, he added.

Riddisiddhi Bullions MD Prithviraj Kothari said, overall, it was an average Budget for bullion industry as not much modifications was made as far policies and regimes are concerned.