BSY on board creation spree 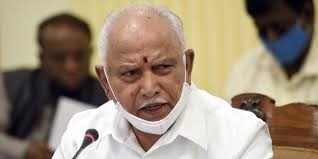 Karnataka CM BS Yediyura­p­pa is on a board-creation sp­ree. Just days after he proposed to set up a Maratha Development Authority (MDA), the CM on Tuesday anno­u­n­c­ed a Veerashaiva-Lingayat De­­velopment Corporation (VLDC) will be set up.

The decision to set up the MDA was aimed to woo the sizeable Maratha population in Belagavi and Basava Kalyan Assembly constituency in Bid­ar district bordering Maharashtra. Bypolls to the Belagavi parliamentary seat and the assembly bypoll in Basava Kalyan are due any time. The move to set up a Lingayat board comes after a group of ministers and Lingayat MLAs led by Deputy CM Laxman Savadi pushed for the establishment of a VLDC on Monday.

Savadi later said there has been a long pending demand for a VLDC by people including seers. Fellow ministers V Somanna and BC Patil and a few other BJP MLAs from the politically-influential Ve­e­ra­shaiva Lingayat community called on Yediyurappa, who himself is a tallest political leader of the community.

Congress disagreed with the move saying it won’t se­r­ve a purpose. Instead, the­re must be reservation for the Veera­shaiva-Linga­y­ats in education and govt jobs.