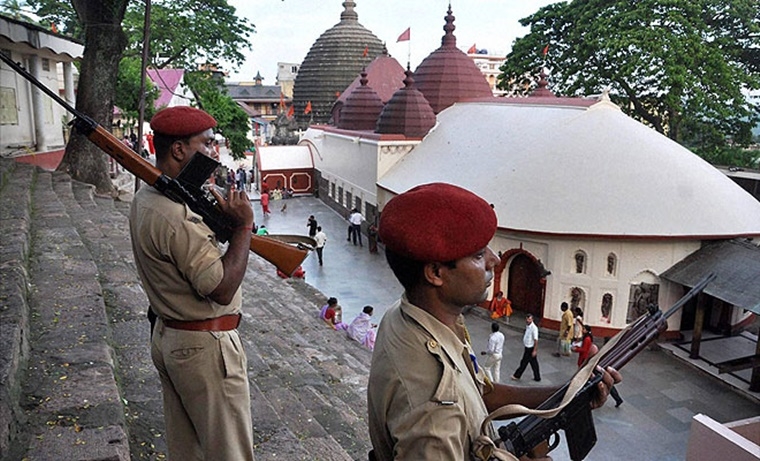 Ayodhya: The local police here went into a tizzy Saturday evening after a man "under the influence of alcohol" called and told them that a bomb was planted at the Hanumangarhi temple in the district, officials said.

The call was received at police control room number 112 around 9 pm, they said. The temple in the Saadat Ganj area on the outskirts of Faizabad city is near the entry gate of the Faizabad Cantonment.

The police immediately swung into action and evacuated the temple premises and a bomb disposal squad was called in, the officials said.

"The temple was evacuated immediately and thoroughly searched by the bomb disposal team. We found nothing," Ayodhya Senior Superintendent of Police Shailesh Pandey told PTI.

"We have identified the caller as Anil Kumar. He is a resident of Kanpur but lives in Faizabad. We have arrested him. He was under the influence of alcohol and has admitted that he has made the fake call," the SSP added. "Legal action against him is underway," he said.