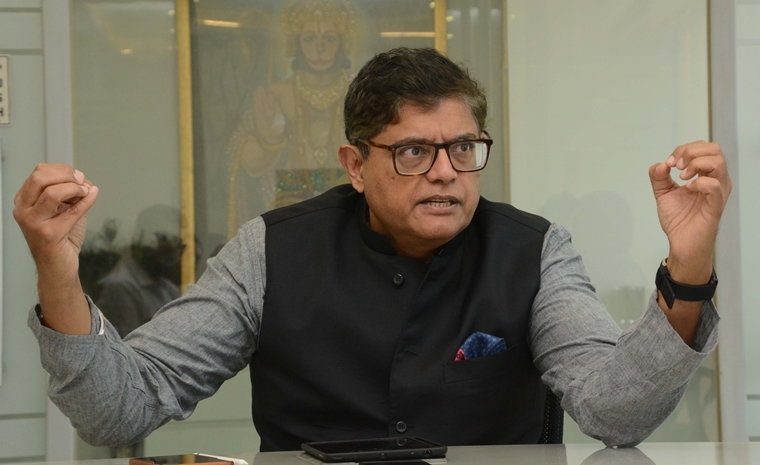 Just when the nation is grappling with a pandemic, Baijayant 'Jay' Panda, the national vice president and spokesperson of the BJP, has distracted the nation with an outlandish claim.

He has alleged links between some Bollywood stars and “certain Pakistanis & NRIs with undeniable track record of encouraging violence in J&K”.

The former Member of Parliament from Odisha, however, desisted from dropping any names and merely said that he had come across “shocking threads documenting personal & business links of some Bollywood personalities.’’ But he left little to imagination when he urged “patriotic Bollywoodies (read Akshay Kumar) to renounce’’ such elements.

In no time, social media latched onto the tweet and urged the BJP spokesperson to provide a link to the thread or mention names; some others prodded him to seek an NIA investigation. At one point in the day, this tweet had garnered over 11.9K likes and had been retweeted 4.8K times.

Republic TV channel ran snaps of Shah Rukh Khan juxtaposed with persons of questionable antecedents, thereby opening a minefield of speculation, the sentiment mostly being: "Let there be a detailed investigation by our premier agencies and let the dirt be washed once and for all. The leeway given to the film world was taken for granted & the alleged seedy links need to be thoroughly probed".

Yet another denizen of social media asked: "Why is legal action not taken," almost treating the allegations as a fait accompli.

The utter dismay among ardent Bollywood 'idol worshippers' was evident. @SALMANARMY13 could not "believe what I am seeing. How can my idol have links with Pakistani and Canadian agents? Deeply hurt.’’

As usual, the discussion meandered and got lost in a nationalistic maze. @itsMeBajrangi said: "For me, nation's security is top priority. I want my idol to be questioned. And if he is given a clean chit then I would be happy and, if not, then I will be ashamed."

Panda's tweet is the latest in a series of allegations against obnoxious practices in Bollywood bared by the demise of actor Sushant Singh Rajput. The debate on nepotism has been rekindled, with several filmmakers being accused of favouring industry 'insiders'. Kangana Ranaut recently gave an interview to Republic TV, accusing several film fraternity members of engaging in cronyism and derisively dismissed Taapsee Pannu, Swara Bhasker and Richa Chadha as "needy outsiders."