Bahujan Samaj Party has claimed that whatever projects are being inaugurated by the BJP now in Uttar Pradesh were proposed during Mayawati's tenure.
ANI 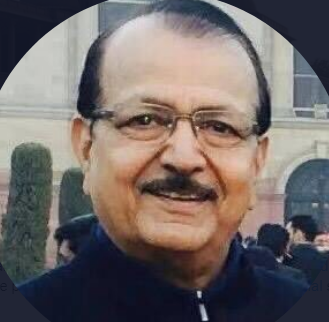 Now that political activities have gained momentum in Uttar Pradesh due to the ensuing Assembly polls, all the political parties are making their own claims with accusations and counter-allegations. Taking this debate forward, Bahujan Samaj Party has claimed that whatever projects are being inaugurated by the BJP now in Uttar Pradesh were proposed during Mayawati's tenure.

Speaking to ANI, BSP leader Sudheendra Bhadauria said, "Be it BJP, or SP, or any other party, all of them are aiming to polarize these elections. Mayawati ji stepped down from the post of Chief Ministership in 2012. At that time, there was a Congress government at the Centre. I want to say that most of the projects which have been recently inaugurated by the current BJP government in the state, be it Yamuna Expressway, or Lucknow Metro, or Ganga Expressway, and even the Jewar International Airport was conceptualized and proposed by Mayawati ji.

Now all these people are engaged in cutting the ribbon, they are busy robbing accolades. The people of Uttar Pradesh consider Mayawati ji to be the number one in development and law and order," said Bhadauria.

Further taking a jibe at the Yogi Adityanath-led BJP government in Uttar Pradesh, the BSP leader alleged that there is huge resentment among the people of the state against the current government over the large scale deaths during the initial phase of the COVID-19 pandemic in the country and also "pointed the lapses in the state health services under the present regime."

Bhadauria said, "How useful Yogi ji was, it was known only in the period of COVID-19 pandemic. Lapses were found in the state health services. There was a huge outcry among the public. Due to this, there is a lot of resentment among the people against Yogi ji due to the deaths of people on such a large scale."

Alleging that the BJP is trying to create conflicts among the masses by creating religious frenzy, the BSP leader opined that the people of Uttar Pradesh are aware of the same and expressed confidence that BSP supremo Mayawati will be elected as the Chief Minister of the state for the fifth time.

"Narrow-minded religious forces are there in the BJP as well as in other parties. All these people would not like any such progressive step which was conceptualized by Babasaheb Bhimrao Ambedkar in the Constitution which made provisions to ensure equality. These forces which create a conflict of religion, also represent a narrow mentality," he added.