On Tuesday, Nadda's term as BJP's national president was extended at the party's national executive meeting in the national capital. He will continue as BJP chief till June 2024.

NEW DELHI: Subsequent to the Bharatiya Janata Party's national executive early this week, party president Jagat Prakash Nadda held a meeting with the central leaders for organisational changes soon in the states to strengthen the party for the elections.

On Tuesday, Nadda's term as BJP's national president was extended at the party's national executive meeting in the national capital. He will continue as BJP chief till June 2024. Out of four states to go to polls towards the end of this year, the BJP is in power only in Madhya Pradesh while other states are Chhattisgarh, Rajasthan and Telangana. There is also the likelihood of shifting Gujarat BJP President C R Paatil in the Union Ministry.

Keeping an eye on the possible Assembly elections in Jammu and Kashmir, the BJP has to plan the organisational changes to be ready for the polls.

The party is also expanding itself in Punjab as seen from induction of former chief minister Captain Amarinder Singh, former finance minister Manpreet Badal and former state Congress President Sunil Jakhar in the party. One of them may be given the state party leadership to project the BJP as an alternative of the ruling AAP. 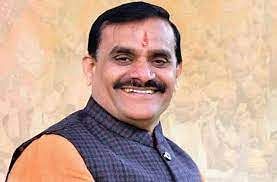