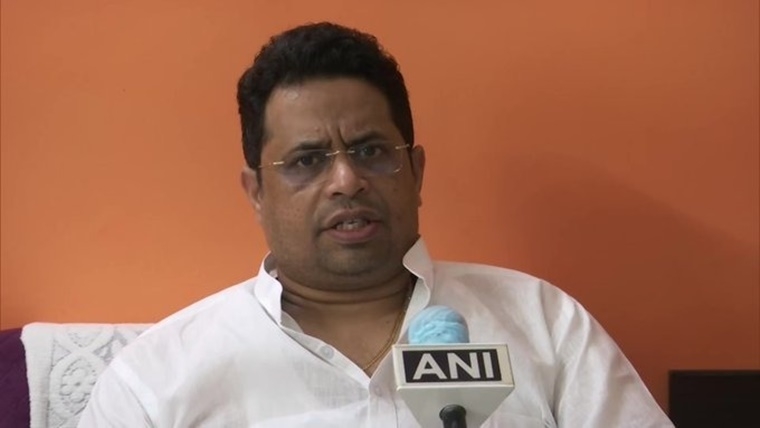 Kolkata: Days after his angry outbursts on social media against BJP leaders Suvendu Adhikari and Dilip Ghosh, the party's state youth wing chief, Saumitra Khan, on Sunday offered a public apology for his remarks and vowed to launch a more intense movement against the ruling TMC.

The Bishnupur MP, who had resigned as BJYM president only to withdraw it later on the insistence of the central leadership, had been maintaining a low profile ever since his posts on Facebook raised eyebrows in the saffron camp.

Khan, during the party's youth wing meeting on Sunday, said "making a statement on Facebook was a blunder on my part".

"I am hereby offering an apology, seeking your forgiveness. I shouldn't have made such a comment on social media," he said in his address to the two leaders as party members clapped.

Slamming the TMC over alleged post-poll violence in Bengal, he contended that the death of leaders such as Manish Shukla will not go in vain.

Shukla, a local leader at Titagarh in North 24 Parganas district, was gunned down by miscreants in October last year.

"If the TMC can secure 211 assembly constituencies, why can't we bag 250 seats in the future? We need to move forward, those who can lead the party will take charge," he added.

Taking to Facebook earlier this month, Khan had said "one particular leader was making frequent trips to Delhi and claiming credit for every success of the party".

"The leader of opposition in the state (Adhikari) should look in the mirror. He is misleading the top brass in New Delhi. He considers himself the tallest leader of the party in Bengal," he claimed.

In a dig at the state BJP president, the disgruntled leader had said, "He understands only half of what happens. He cannot comprehend all of it." On Sunday, Khan was seen sitting next to Ghosh and exchanging jokes with him.

Ghosh later told reporters, "Saumitra is an emotional person. I harbour no ill feelings for him. He will continue to lead the yuva morcha."