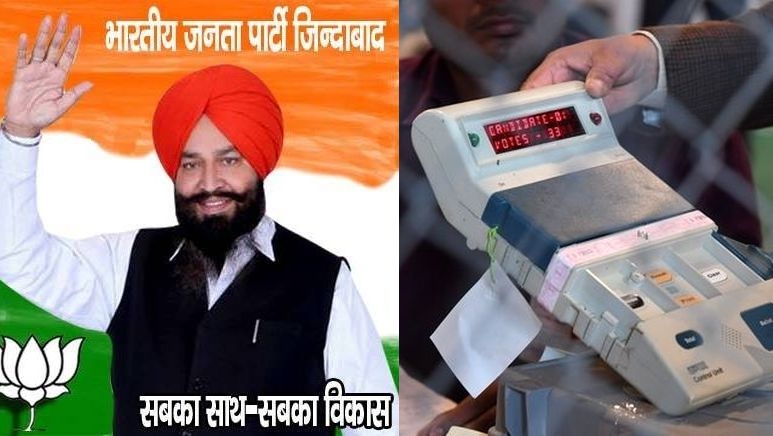 Bakhshish Singh Virk, the Bharatiya Janata Party MLA from Assandh constituency in Haryana made headlines for all the wrong reasons when he claimed in a viral video that no matter which button is pressed on the electronic voting machine (EVM), the vote would go to the saffron party.

Former Congress president Rahul Gandhi shared the video on Twitter calling Virk "the most honest man in the BJP".

In the 39-second video, Virk is seen saying in Punjabi: "Wherever you vote, we will get to know which person has voted for whom. Don't think we won't know. We deliberately don't tell you, but if we want we can find out who you voted for."

The video, which has been making rounds of the social media for the past several days, has been termed "fake" by Virk, who says it is a conspiracy by his rivals to defame him and his party. The Election Commission had on Sunday issued a showcause notice to Virk for purportedly making controversial remarks about EVMs.

As it turns out, Virk did not end up winning the Assembly constituency. He was able to garner only 28,436 votes while Congress’ Shamsher Singh Gogi won the constituency by securing 32,000 votes.

---with inputs from IANS