BJP hits out at Congress after conversation between Shivakumar, Siddaramaiah over Sardar Patel goes viral 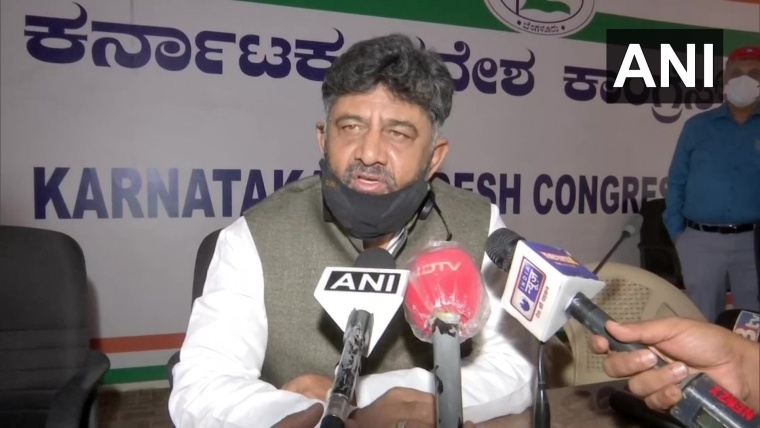 Bengaluru: In another incident of ‘hot mike moment’, an embarrassing conversation between Karnataka Congress chief Shivakumar and former chief minister Siddaramaiah at a program in Bengaluru has put the Congress in an embarrassing spot.

In the video which has gone viral, Siddaramaiah can be heard asking about the absence of a portrait of Sardar Vallabhai Patel. “Today it is his (Sardar Patel) birth anniversary,” Siddaramaiah says in Kannada before asking Shivakumar, “There is no portrait of him?”

Shivakumar then replies: “We never keep the photo (of Sardar Patel)”.

After a pause, Siddaramaiah warns him that the BJP “will take advantage” of this.

Shivakumar then agrees and immediately instructs Congress workers present at the venue to put up a portrait of Sardar Patel, too.

FPJ has not been able to independently verify the video released by Renukacharya.

BJP National General Secretary CT Ravi said in a tweet: “If anyone had doubt how much the Nehru Dynasty hated Sardar Patel, this video clears it. Congress leaders Siddaramaiah and DK Shivakumar agree to place a photo of Sardar Patel along with that of Indira Gandhi fearing BJP.”

He further made a snide reference to Congress party chief Sonia Gandhi saying, “It is a shame that slaves are so much scared of an Italian.”

This was not the first time a purported off-the-record conversation has landed the Congress in a soup.

Last month, the party’s former MP and media coordinator were caught on camera making serious corruption allegations against Shivakumar minutes before they were to address a press conference. The party later suspended media coordinator Saleem and issued show-cause notice to V S Ugrappa, a former MP.