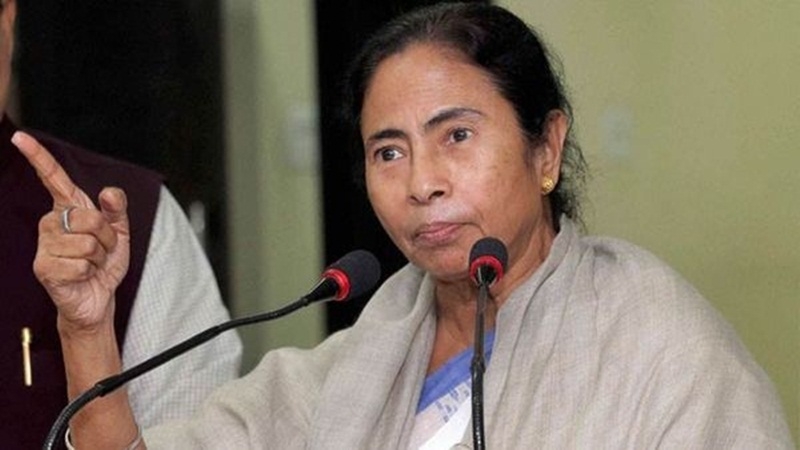 Pandua/Joypur/Panchla (WB): West Bengal CM and Trinamool Congress chief Mamata Banerjee came down heavily on BJP calling it “the greatest danger for the nation like 440 volts” and told people to stop it from returning to power. People should reject BJP and should refrain from casting any vote in favour of the party, she said at poll meets in Hooghly and Howrah during the day. “I assure if Trinamool is voted to power, there will be no damage to the country,” she told a poll rally at Pandua in Hoogly held in support of Hooghly LS Trinamool candidate Ratna De Nag. “Both BJP and Modi will destroy the country if voted to power for the second time …. BJP is the greatest danger for the country, like 440 volt,” she said adding the ongoing election is to remove BJP govt.

Campaigning for her party candidates at Joypur and Panchla in Howrah districts, Banerjee claimed the Modi govt had in the last five years failed to deliver for the people’s welfare and the country’s future. She was canvassing for Prasun Banerjee, a ex-footballer and an Arjuna awardee seeking to return from Howrah and Sajda Ahmed, widow of ex-TMC MP Sultan Ahmed, who is in the fray from Uluberia seat in Howrah.

Modi like Kalidasa in earlier days: Didi
Pandua: Accusing PM Modi of spreading lies, West Bengal CM Mamata Banerjee on Saturday compared him to Kalidasa, who was considered a dimwit before he went on to become one of the greatest wr­i­ters of classical Sanskrit. “You all know the story of Kali­dasa, who chopped the very branch of the tree on which he was sitting on and fell down. Nare­n­dra Modi is also cutting the same branch, dividing the nat­ion, dividing the states and al­so dividing the people,” she said at a public meet in Hooghly.