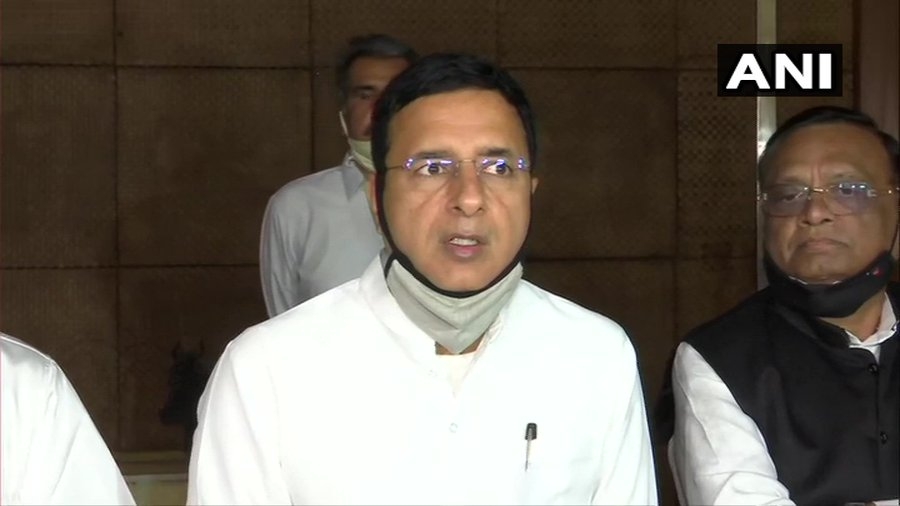 The BJP on Monday launched a fresh attack on the Congress, alleging that the Rajiv Gandhi Foundation and the Rajiv Gandhi Charitable Trust received donations from organizations linked to Mehul Choksi, Rana Kapoor, Jignesh Shah and Zakir Naik, all of whom are being probed under money laundering charges.

Addressing a press conference, BJP spokesperson Sambit Patra said all these donations were part of a "conspiracy", and alleged that trails of all "scams" lead to the Gandhi family.

Hitting back at the BJP, Congress chief spokesperson Randeep Surjewala tweeted that a "scared" central government will not answer questions about China's transgressions into our territory, "sinking" GDP numbers and job losses but will instead blame the Congress, its president Sonia Gandhi, RGF (Rajiv Gandhi Foundation), the weather and God.

Naik, a hardline Islamic preacher, had donated Rs 50 lakh in 2011 to the trust, Patra noted and added that the money was returned by the trust to a different account after a controversy broke out.

"Since the main account was under probe, so the Congress returned the money to another account," he said.

Patra alleged that the GVK group, which is being probed for a scam linked to the Mumbai airport, had also supplied 47 vehicles to the foundation for its use between 2011-12 and 2016-17.

Congress leader in Lok Sabha Adhir Ranjan Chowdhury asked as to how these accused managed to flee the country under the BJP dispensation.

"BJP is at the helm of affairs. If the Rajiv Gandhi Foundation has committed any wrong or any legal infirmities are found, then the government is at liberty to do anything," he said.

He then asked as to how many Chinese companies have donated to the PM CARES Fund, and said this also should be investigated.

Patra cited the Supreme Court judgment, which had refused to direct the Centre to transfer the contributions made to the PM CARES Fund to the National Disaster Response Fund (NDRF), and asked Chowdhury to trust the court.

Congress secretary Pranab Jha dismissed the allegations as "plants" and said these are rehashed, old charges.

"We reject them with the contempt they deserve," he said.