It is not our money and should be used for the cause it was donated, the father says
Manish Godha 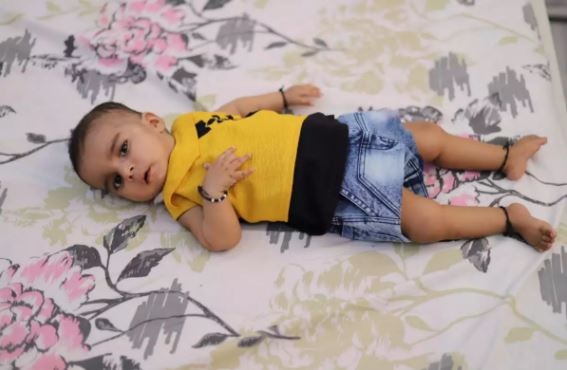 Jaipur, June 16: Though the task was difficult, lots of people helped, prayed for her, but ultimately ‘Noor’ lost.

The eight-month-old Noor Fatima of Bikaner, Rajasthan had lost her battle against a rare disease and extremely expensive treatment.

An injection costing Rs 16 crore could have saved her life but her family could eventually arrange Rs 40 lakh only.

Now, this amount which was arranged through crowdfunding will be used for the treatment of the needy and if someone wants the money back s/he can contact Noor’s father.

Noor was suffering from spinal muscular atrophy Type (SMA-1). She started losing the strength and movement of her lower body. Doctors diagnosed it as SMA-1 which is a rare disease and treatment is a single dose of Zolgensma injection which costs around Rs. 16 crore and had to be imported from the US.

The news was shocking for Zishan, who is a painter and earns hardly Rs 15000 a month.

"Noor was my only child. We came to know about the disease when Noor was just two months old. We consulted doctors in Jaipur and when they told us about the treatment, we lost hope. Then one of my friends told me that a girl in Pune is suffering from the same disease and her family is getting help through crowdfunding. We also started a campaign and contact the same NGO," said Zishan.

Zishan informed that he got around Rs. 40 lakh through campaign and that NGO was about to start a special campaign for Noor, but she could not survive.
Zishan said: "We want to return the amount to people who helped us. For this, we’ll fix a date and if someone wants their money back they can contact us. After that, the amount left will be used for the treatment of needy children as it is not our money and should be used for the cause it was donated."