When asked about whispers of him contesting the 2024 Lok Sabha polls from Uttar Pradesh's Phulpur constituency, he retorted "There is no such thing".

Patna: Bihar Chief Minister Nitish Kumar once again played down the rumours of him being opposition's prime ministerial candidate in 2024. When he was asked about talks of him contesting the Lok Sabha polls from Phulpur in Uttar Pradesh, he shot back, "I am shocked. There is no such thing".

On the contrary, pointing at his deputy in Bihar, Tejashwi Yadav, he said, "I want to work for the younger generation and ensure their future. I'm not doing anything for myself." 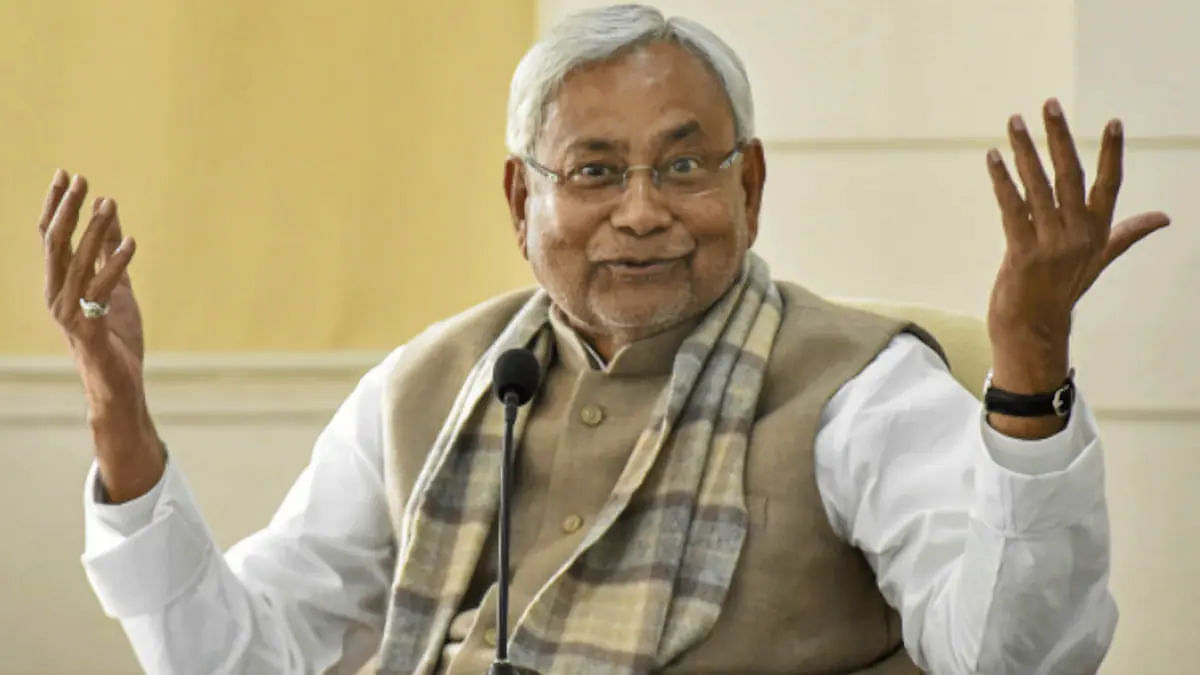 Repeatedly, Nitish has been denying reports of him taking on Prime Minister Narendra Modi in 2024.

It is believed that Nitish Kumar has wider appeal than Mamata Banerjee or Arvind Kejriwal.

The Bihar Chief Minister time and again has reiterated that he is only interested in bringing the opposition under one umbrella to counter Narendra Modi.

Asked about the matter during his recent visit to Delhi, Nitish said, "I am not a claimant, nor do I desire it".