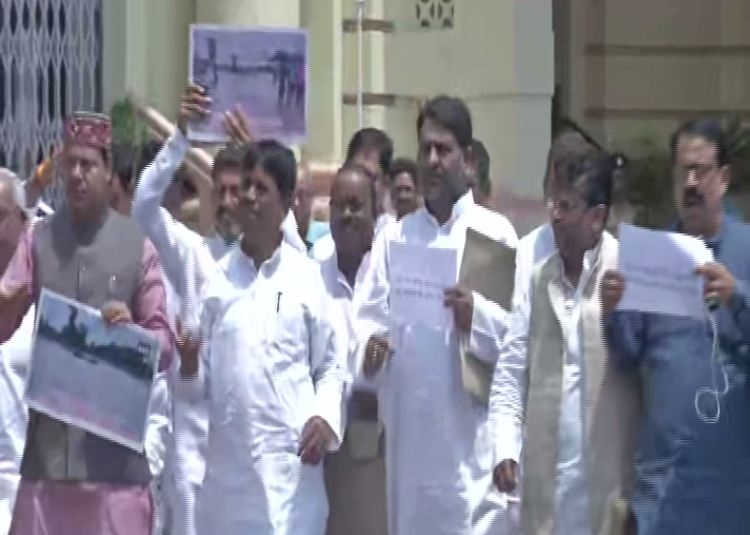 Patna: Opposition leaders, including Rashtriya Janata Dal (RJD) leader Rabri Devi, on Tuesday protested outside the state Assembly alleging inaction by the government in dealing with the grim flood situation.

Holding placards and posters against Chief Minister Nitish Kumar-led government, leaders raised slogans like 'Bihar wants justice', 'No rest, no relief', 'No rescue, no rest', 'Is Nitish-Modi government sleeping?' The protestors urged the government to set up relief camps in the deluge-affected areas of Bihar.

One of the leaders said, "We have staged this demonstration today to seek attention of the state government as well as the Centre towards the floods in Bihar.""The flood has affected 13 districts of Bihar. The people are displaced from their homes and they are taking shelter on embankments. No relief camp has been provided to flood victims. Rescue operations are not being conducted properly. Nobody is there to averse the flood situation," he alleged.

On July 14, Bihar Chief Minister had called a delegation comprising officials to make adequate arrangements for setting up of camps and keep in touch with the people, an official statement had said.