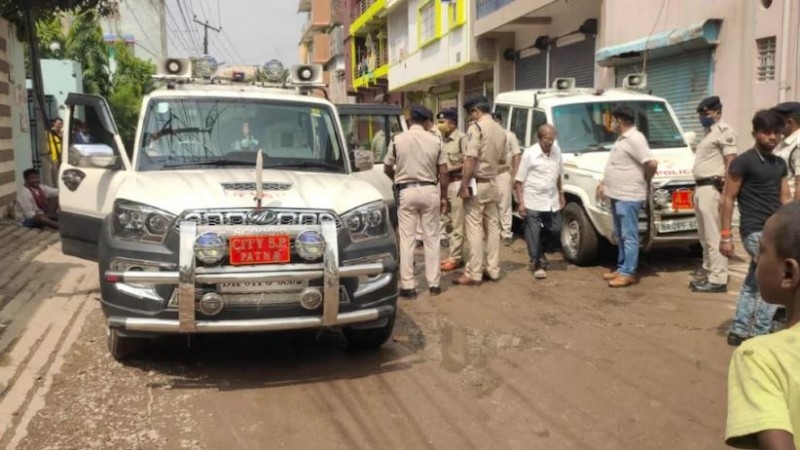 Upendra Kumar Sharma, senior SP of Patna said police arrested the doctor couple on the basis of statements given by two sharp shooters who had claimed they had received Rs 3 lakhs from them for "liquidating' the gym trainer.

SSP said police recovered the pistol used in the crime. Gym had received five bullet wounds fired at him at Kadamkuan residence on Saturday morning.

In his "dying" declaration Vikram Singh had alleged he had received threat messages from the doctor couple. He also told the police that doctor's wifr was in love with him and pressed him to stay with her. He used to give lessons on physical therapy to the woman.

Patna police after recording the statement of injured Singh in Patna medical College hospital, collected call details records of both Vikram Singh and Khusboo Singh and after examining them found the woman had talked to the gym instructor 1100 times in last two months. The woman used to talk to him after midnight for an hour, CDR revealed.

Vikram Singh's mother told police that once the woman came to meet her son after midnight and pressed him to come with her.

As the gym trainer had started ignoring her, according to the trainer, woman wanted to kill him with the help of Dr Rajiv Kumar Singh and sharp shooters.

After being produced before the judicial magistrate court here, all the four accused, including doctor couple and shooters were sent to judicial custody.