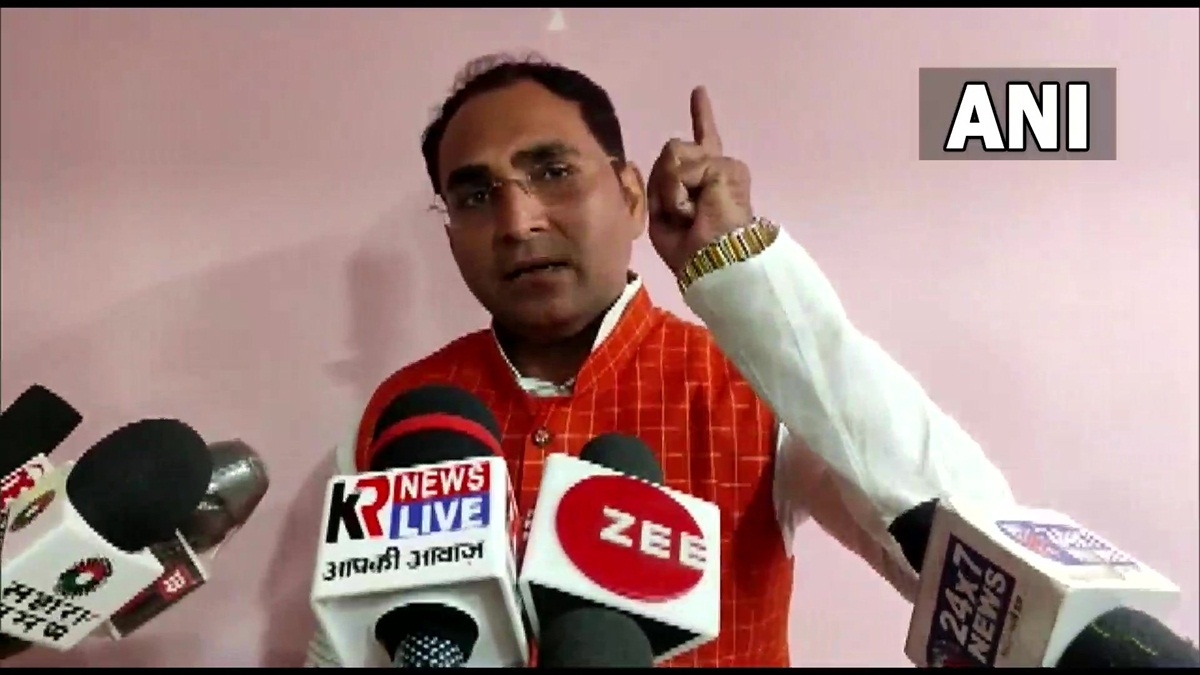 BJP has asked Gajendra Jha to give a clarification to the party high command in the next 15 days.

On Monday, Gajendra Jha, the general secretary of International Hindu Maha Sabha and executive member of Bihar BJP, said that if a son of a Brahmin cuts off the tongue of Jitan Ram Manjhi and brings it before him, he will be awarded Rs 11 lakh.

"We initially believed that Jitan Ram Manjhi is a mentally ill person. He has lost his consciousness. But he is repeatedly making derogatory and abusive statements against Brahmins, which cannot be tolerated," Jha said.

"He neither has the dignity nor does he believe in Hinduism. In a bid to save the Hindu religion, I am ready to die," Jha said.

On Sunday, Manjhi had targeted the Brahmin community by saying that they came to the houses of 'Mahadalit' people (Mushahar) but did not eat food. Instead, they demanded money from them.

Facing criticism over abusive remarks on Brahmins, Jitan Ram Manjhi, former Chief Minister of Bihar has said that he is against Brahmanism and not Brahmins.

"The words used against Brahmins could be a slip of tongue and I want to publicly apologise for it. I am not against Brahmins but I have objection to Brahmanism," Manjhi tweeted on Tuesday.

"The practice of Brahminism always hated Dalits, declared them untouchables. They forced us to wear clay pots in the neck, brooms on the hip and anklets. I am against these derogatory practices created by Brahminism," Manjhi said.