The leader of the opposition, Tejashwi Yadav, was present as well
Law Kumar Mishra 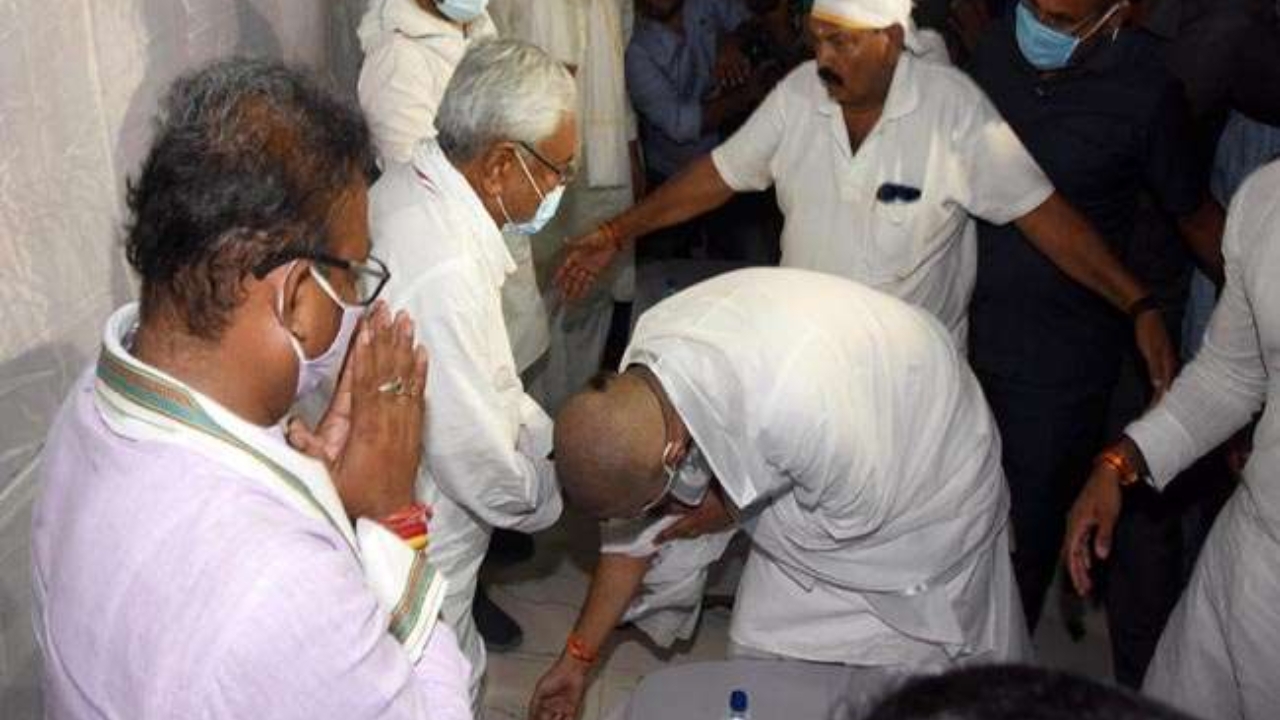 Immediately after his arrival at Patna airport, bordering the premises of the Paswan House, Nitish Kumar went in to offer his condolences. JD(U) working president and PWD minister Ashok Chaudhury was with him as well.

LJP president Chirag Paswan touched Nitish's feet out of reverence to the longtime colleague of his father. The two leaders were seen talking to each other for the next few minutes. The chief minister accepted sweets offered to him by Chirag, who was sitting next to the leader of the opposition, Tejashwi Prasad Yadav, who had just returned from his hectic campaign ahead of the upcoming state assembly polls. 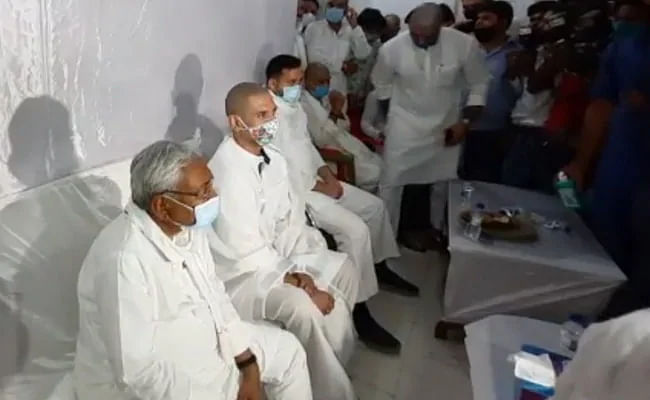 Over the last few days, Chirag had been attacking Nitish for not extending condolences to either him or his mother and for ignoring them.

Elections for the 243-member Bihar Assembly will be held in three phases on October 28, November 3 and November 7 and the counting of votes will take place on November 10.