Nalanda District Magistrate Shashank Shubhankar has said a "combing operation" has started in the area around the Chhoti Pahari locality.
Law Kumar Mishra At least 10 people were reportedly killed after the consumption of spurious liquor at Sohasrai in Nalanda, the home district of the chief minister, Nitish Kumar. The official sources have, however, claimed eight deaths.

According to Nalanda police, some residents of the Chhoti Pahari area of Sohasrai, 75 km from Patna had consumed illicit liquor.

Nalanda District Magistrate Shashank Shubhankar has said a "combing operation" has started in the area around the Chhoti Pahari locality.

A complaint was filed by eh relatives of the person killed regarding the incident saying that the illicit liquor of Hooch is being sold in their village and was locally available. Acting on the information given by the villagers, police searched the neighbourhood and arrested two persons.

Police said that some people were admitted to the hospital at Biharsharif district headquarters after they consumed poisonous liquor. IG of police of Central zone is camping at Sohasrai.

Last year, 90 people had died in different parts of Bihar following the consumption of illicit liquor.

BJP State President Sanjay Jaiswal has demanded a review of the prohibition policy which was rejected by chief minister Nitish Kumar last month.

Jaiswal said, "prohibition was a mockery and the law was defective."

He cited a case in which a family going to Darjeeling from New Delhi in a private vehicle was arrested with one liquor bottle found with them. They were going for New Year's celebrations, Jaiswal said. 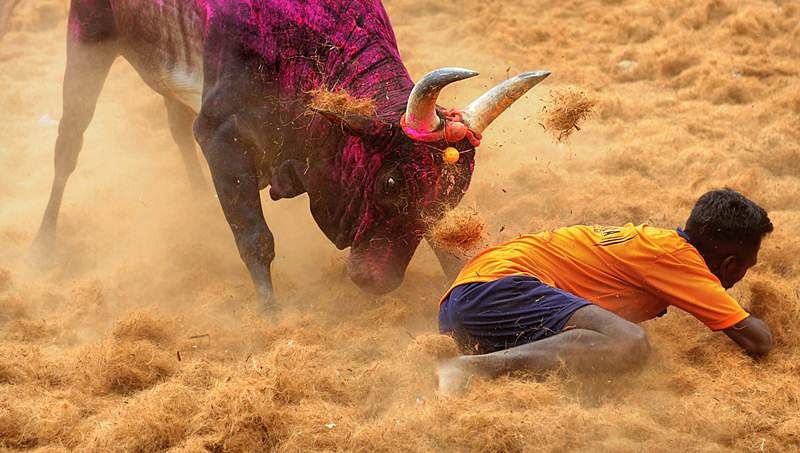