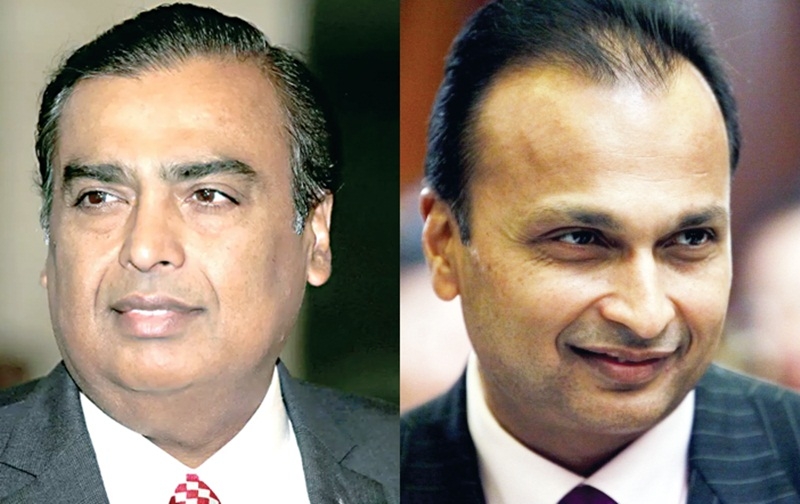 RCom coughs up Rs 459 cr in dues to Ericsson, failure to pay which would have meant a 3-month jail

New Delhi: Racing against time to meet the Supreme Court’s deadline, debt-laden Reliance Com has paid Rs 458.77 crore in dues to Swedish telecom equipment maker Ericsson. But all this may not have been possible without the timely support from brother Mukesh. In fact, failure to cough up the dues would have meant a 3-month jail term for RCom Chairman Anil Ambani.

‘‘My sincere and heartfelt thanks to my respected elder brother Mukesh and his wife Nita, for standing by me during these trying times, and demonstrating the importance of staying true to our strong family values by extending this timely support. I and my family are grateful we have moved beyond the past, and are deeply touched with this gesture,” he said in a brief statement issued through the company spokesperson.

RCom, which owed Ericsson a one-time settlement of Rs 550 crore plus interest, had already deposited Rs 118 crore with the Supreme Court in February. Observing there was a ‘wilful default’, the Supreme Court last month held Ambani guilty of contempt of court. Ambani had told the top court that with the failure of an assets sale deal with older brother’s Reliance Jio, his company had entered insolvency proceedings and was not in control of the funds.

The assets sale was stalled after the government refused to provide immunity to Mukesh Ambani’s firm from any past-payment liabilities. Once India’s second-biggest phone carrier, RCom shut down its mobile business in 2017. In another development, RCom said on Monday it has terminated a deal to sell its telecom assets to Reliance Jio Infocomm, the mobile telecom firm controlled by Mukesh Ambani.

The companies ended the deal after failing to secure approval from the telecom regulator, objections from RCom’s lenders and its decision to approach the bankruptcy court to resolve its debt, RCom said in a regulatory filing late on Monday.