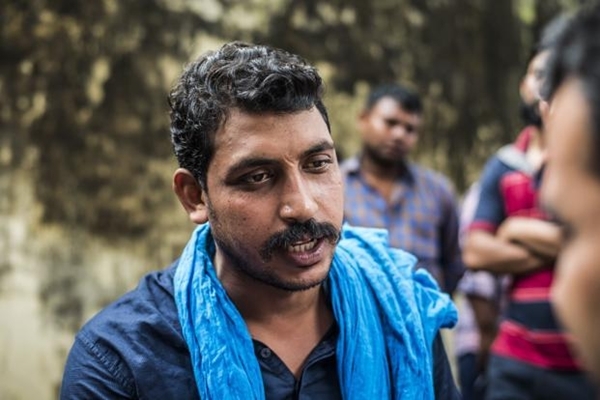 Azad said he has started a "dharna" at his home in Saharanpur where he is put under a "house arrest", which was ordered by the local police on Wednesday.

The Dalit activist was accompanying the family of the 19-year-old woman, who died in a Delhi hospital on Tuesday, a fortnight after she was allegedly gang raped in UP's Hathras, to their home but was detained midway.

He was brought to his home in Saharanpur the next evening and put under house arrest, according to Azad Samaj Party office-bearers.

"I am sitting at my house on a dharna, injustice will not be tolerated. In Uttar Pradesh, Dalits are being meted out with injustice. The DM and the SSP of Hathras who have been protecting criminals and performing inhuman acts have not been removed yet. How can one expect justice from such unworthy people," he said in a tweet in Hindi.

"Hathras, Azamgarh, Bulandshahr, Meerut, Balrampur. every district in Uttar Pradesh is being embarrassed with incidents of rape. The constitutional machinery has failed completely. Yogi Adityanath cannot handle the government. The president should announce President's Rule as soon as possible," he said in another tweet.

He also alleged that public servants in Hathras were not following rules and demanded that the state government remove senior administration and police officials of the district.

The young woman's brutal death and subsequent cremation in the dead of the night in Hathras allegedly under police pressure on Tuesday has triggered massive outrage across the country over the law and order situation in UP and over women safety in general.

The state has also reported the death of a 22-year-old Dalit woman on Tuesday after she was allegedly raped by two men in Balrampur district. Rahul Gandhi, Priyanka arrested on their way to Hathras