The locals claim in hushed tones that they have often 'seen' Vikas Dubey sitting on the ruins of his house that was bulldozed by the government.
IANS 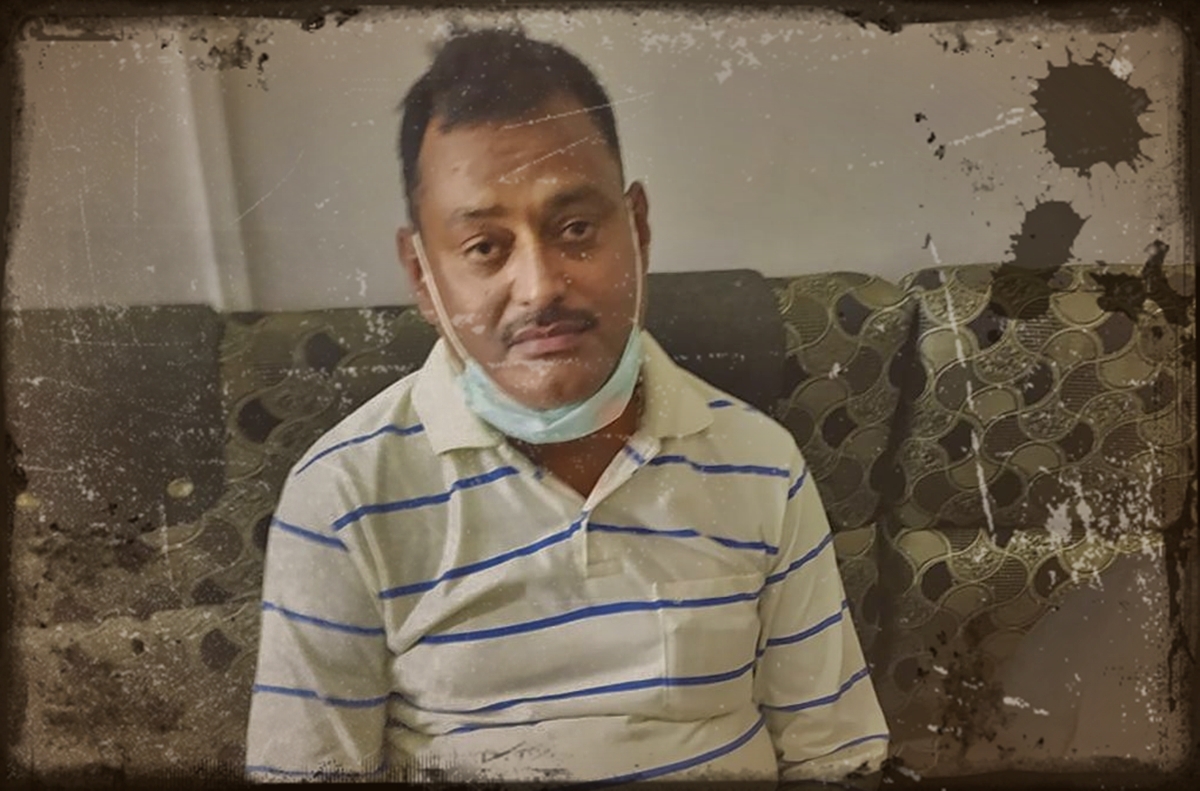 Kanpur: As soon as the sun sets, people scurry back into their homes and lock their houses in Uttar Pradesh's Bikru village that witnessed one of the worst bloodbath in recent history.

There are no informal get-togethers where people sit together and discuss everyday things under the sun, moon or stars.

An eerie silence engulfs Bikru once the sun goes down.

It has been almost two and a half months since the Bikru massacre took place in which eight policemen were killed.

People in the Bikru village though swear they still hear gunshots in the night.

"Aaj bhi goliyon ki awaaz sunai deti hai. Sab jante hain par bolta koi nahin. Kuchh logon ne to Vikas bhaiyya (Vikas Dubey) ko dekha bhi hain (Even today we hear gunshots. Everyone knows this but no one talks about it. Some people have even seen Vikas Dubey's ghost)," says a young man in the village who does not wish to be named. The locals claim in hushed tones that they have often 'seen' Vikas Dubey sitting on the ruins of his house that was bulldozed by the government soon after the Bikru massacre on the intervening night of July 2 and 3.

"We have seen him sitting there and smiling. It is almost like he is trying to tell us something. We are sure he will avenge his own death," said an elderly man who claims to have seen Dubey when he came out of his house to relieve himself at night last week.

A family living near Vikas Dubey's demolished house, claims to have even heard multiple voices.

"On more than one occasions, we have heard people discussing something though it was not very clear. There was even some laughter in between -- very much like what used to happen in the house when Vikas was alive," said a woman.

There are four policemen -- two men and two women -- posted in Bikru village after the massacre. None of them, on record, admit to having heard gunshots or 'seen' Vikas Dubey.

"We have no problem in doing our duty," said one of them and refused to talk further.

A local priest says that the claims of local people cannot be dismissed.

"In cases where unnatural deaths have taken place, such incidents happen. In the case of Vikas Dubey, the cremation was not performed properly and the post death rituals were also not done. The same has happened with his five accomplices who were killed in encounters," he explains.

The villagers have asked a local priest to hold a puja during the on-going 'Pitra Paksh' period to appease the 'disturbed souls' but the priest has backed off saying that he does not want to get on to the police radar.

"We will try and organize a puja during "'Navratri' so that all those killed in the massacre and its aftermath, including the policemen can rest in peace," said a villager.