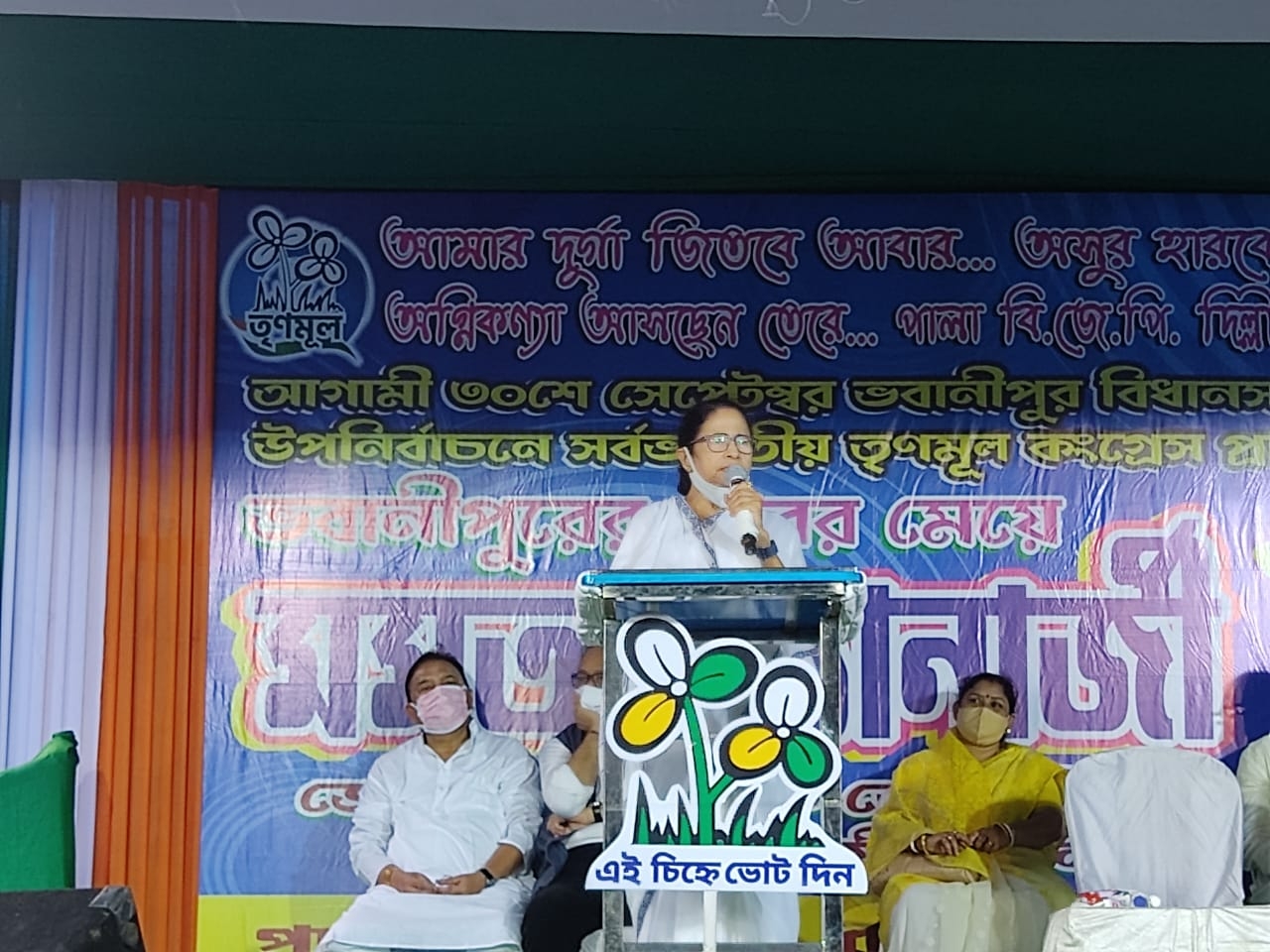 Kolkata: West Bengal Chief Minister Mamata Banerjee while campaign for the bypoll at Bhabanipur constituency said that the Left Front government has done several misdoings but the CBI and Enforcement Directorate (ED) didn’t summon them but has always summoned the ‘most honest political party’ the Trinamool Congress.

“The BJP failed to fight the Trinamool Congress politically for which they are using their agencies against the honest party and honest leaders of the TMC. The Left Front had done several misdoings but they are always spared,” said Mamata.

Claiming that West Bengal will soon be an ‘industrial hub’, the TMC supremo said that an Australian company had conducted a survey and that even that company claimed that ‘condition of West Bengal is conducive to become industrial hub.

Mentioning that farmers issue is a ‘touchy’ matter for her for which she had contested from Nandigram.

“BJP alleges that I don’t allow Durga Puja but under Sec 144 four people are allowed to assemble so will they be holding puja this year?” questioned Mamata.

Taking a potshot against the BJP led Central government over the Pegasus issue, Mamata alleged that along with the agencies the BJP government had also purchased the court of law.

Notably, the BJP had always been agitating over the alleged post-poll violence that claimed several lives in West Bengal.

Countering BJP’s claim, the TMC supremo said that in Assam the BJP not just killed common people but had also danced on the body.