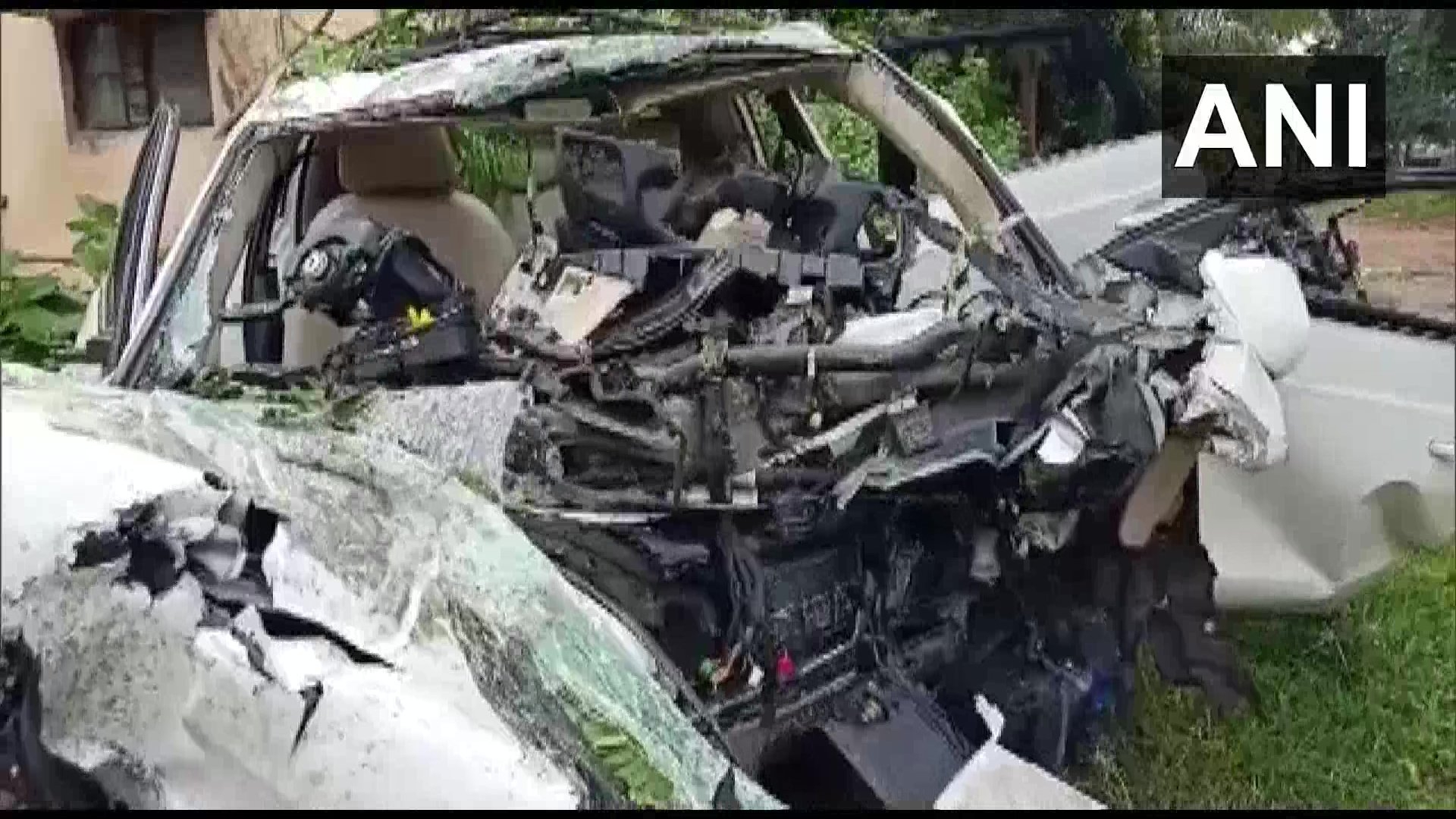 Bengaluru: The son and daughter-in-law of DMK MLA Y Prakash and five others, including a youngster from Mumbai, were killed Tuesday in a horrific car crash in Bengaluru’s highend Koramangala area. The CCTV footage of the incident showed that the Audi Q3 was being driven at an extremely high speed.

The car was a ball of steel after the high impact.

The crash took place around 1.45 am Tuesday. According to the police, three people were sitting in the front and four in the rear of the 5-seater Audi Q3 car. The speeding Audi Q3 lost control and crashed into the compound wall of a Punjab National Bank building on 80 Feet Road in Koramangala. Six died on the spot and one of them died during treatment at a hospital. The victims of the crash have been identified as DMK MLA’s son 25-year-old Karunasagar, Karunasagar’s wife Bindu (28), and five others — Ishita (21), Dhanush (20), Akshay Goyal (25), Utsav (25) and Rohit (25). The victims were staying in a paying-guest accommodations in the city.

According to the police, two were from Kerala and one each from Mumbai, Haryana and Karnataka.

The police said none of them were wearing seat belts and the airbags in the car, which has a VIP number plate, did not get activated in time. A post mortem is being carried out at St John's Hospital in Bengaluru. The police have registered an FIR under Section 279 (rash driving) and 304A of the Indian Penal Code.