Late Congress leader Motilal Vora's name has cropped up during Rahul Gandhi's questioning by the Enforcement Directorate (ED) in an alleged money-laundering case linked to the National Herald newspaper.

Sources told news agency IANS that the Wayanad MP has placed the responsibility of the Young Indian Private Limited (YIL)-Associated Journals Limited (AJL) deal on Motilal Vora, saying he had no knowledge of the deal as the latter was looking after it.

"Gandhi has told the ED that all the decisions and transactions related to YIL were taken by Vora," sources told IANS. He has denied having knowledge of any sort of loan taken by YIL, according to ED sources. In fact, he was not aware of the accommodation entry of YIL, Gandhi is said to have told ED.

Gandhi said that Vora was engaged in all these sorts of affairs. Vora held 12 per cent stakes in YIL, while Rahul and Sonia had 76 per cent stakes. "Gandhi said he had no knowledge of YI-AJL deal as Vora was looking after it," the sources claimed.

Meanwhile, Motilal Vora's son and Congress MLA Arun Vora on Thursday said the allegations against his late father are "baseless".

Speaking to India Today, Arun Vora called the allegations as baseless while maintaining that he believes Gandhi cannot make such allegations against his father.

"These are baseless allegations. Congress leadership cannot be wrong, neither Voraji," Vora said. "Rahul ji cannot make such allegations against my father," he added. 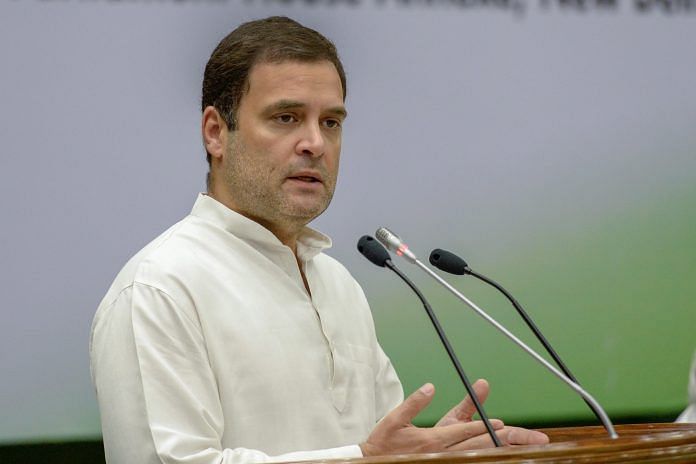